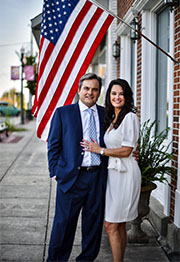 Everyone knew Coffee County would have two new judges at the end of the night Tuesday (May 3, 2022) with incumbents choosing not to see re-election. Now we know who.

In the Republican primary race for Circuit Court Judge Part 2, Bobby Carter won in a hard fought race over Eric Burch. Carter picked up 4,215 votes to Burch’s 2,260 to win the race. Carter will not face general competition in August, paving the way for him to take the seat.

Meanwhile, Gerald Ewell Jr. edged Garth Segroves for the seat of General Sessions Judge Part 2 in the Republican primary. Ewell won with a vote total of 3,483 to Segroves’ 2,930. Like Carter, Ewell does not face a challenger in the August general election.

Click here to see unofficial results from the May 3 primary.