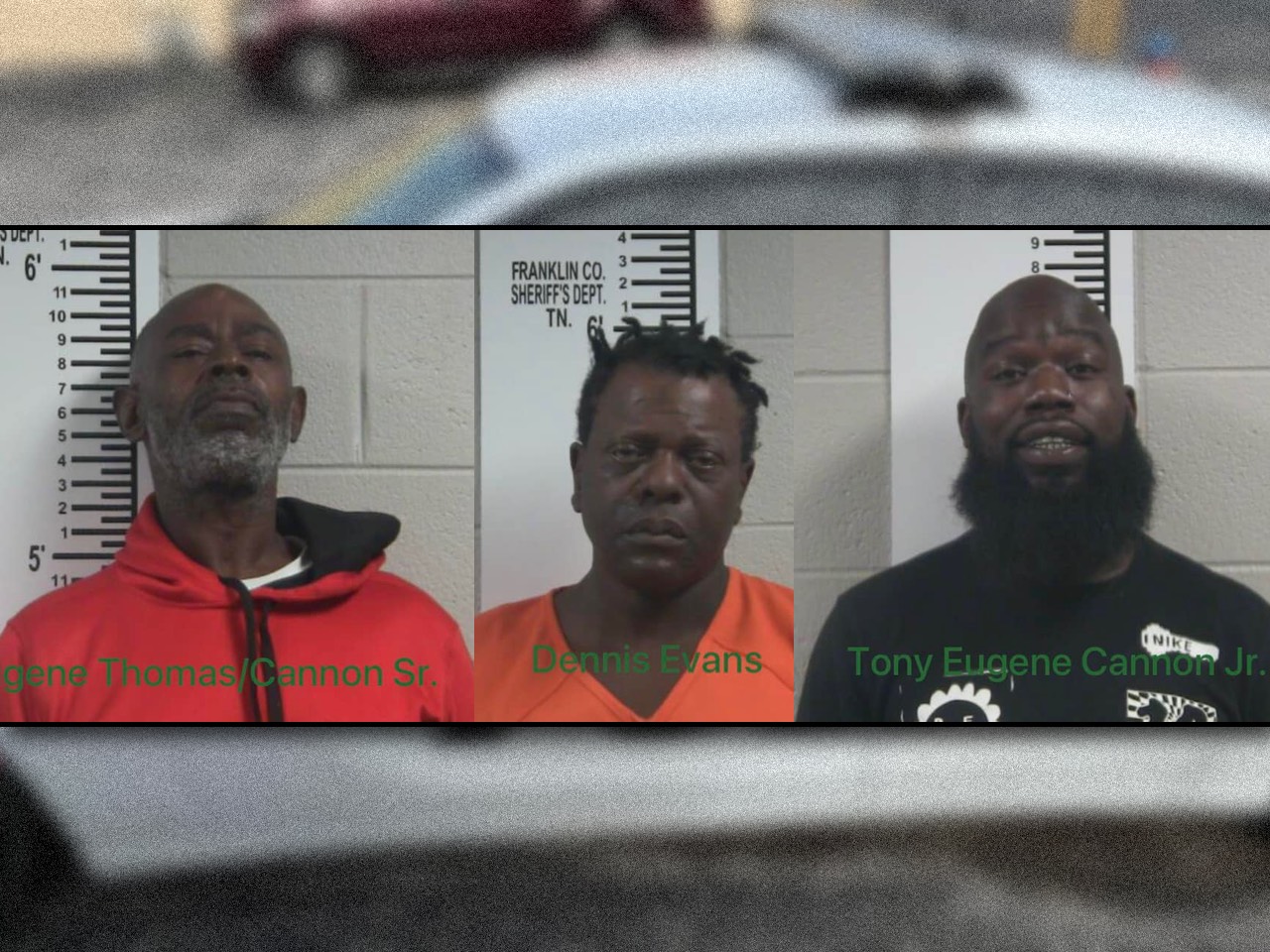 Officer Grant smelled the odor of marijuana originating from inside the vehicle and began removing the remaining occupants to conduct a probable cause search of the vehicle. Officer Grant removed the front seat passenger, Tony Eugene Thomas/Cannon Sr., from the vehicle. ESPD Officer Ashley Chambers observed him throw a pistol. He then fled from the traffic stop on foot.

Interdepartmental teams were formed and mobilized on foot to search for Dennis Evans. Using their FLIR camera, the THP aviation crew located Dennis Evans in a wooded area. The pilots guided the teams on the ground to Evans, where he was taken into custody.

The gun that is believed to have been used by Dennis Evans to shoot at Officer Grant was recovered from the Elk River by Franklin County EMA.

The pistol thrown by Tony Eugene Thomas/Cannon Sr. was recovered from the initial traffic stop location.

The charges for each suspect are as follows:

Charges are pending on all three suspects for the suspected drugs recovered from the vehicle. All suspects are presumed innocent until proven guilty.

ESPD Chief Matt Baker and FCSO Sheriff Tim Fuller would like to personally thank every agency that assisted in this joint effort. The cooperation and teamwork between the agencies and the community allowed these three dangerous individuals to be captured. We would also like to thank the citizens who provided tips that assisted in capturing Tony Eugene Thomas/Cannon Sr.