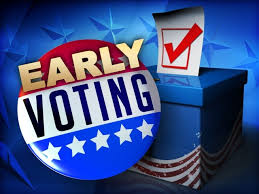 Early voting for the March 3 primary ended on Tuesday, and turnout in Coffee County was better this year than for the last presidential primary in 2016.

This year’s early voting in Coffee County, which ran Feb. 12 through Feb. 25, saw 3,517 total votes cast. Of those, 2,179 were cast at the Coffee County Election Commission office and 1,202 were cast in Tullahoma at the CD Stamps location. There were 136 total absentee voters. Of those 3,517 early voters, 2,561 voted in the Republican primary, while 956 voted in the Democratic primary.

The early vote total of 3,517 votes outpaced 2016 totals in Coffee County, which was the last presidential primary. That year there were 3,074 early votes – 2,327 republicans and 747 democrats.

Click here and sign up to have Thunder Radio news sent to your email every morning – FOR FREE! Thank you for supporting Manchester’s only locally owned & operated media outlet