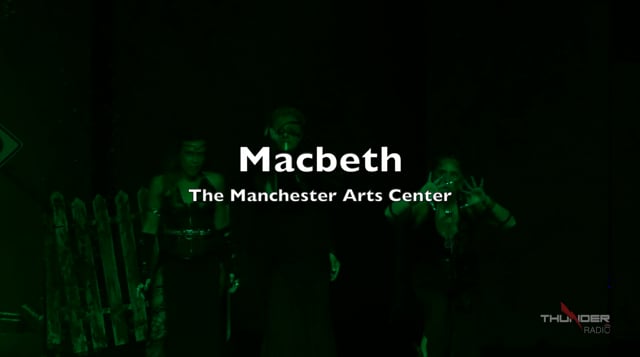 Something wicked this way comes! Shakespeare’s Macbeth continues on the stage at the Manchester Arts Center for three more days starting Friday September 23. With a post-apocalyptic theme for costume and set, this Millennium Repertory production will appeal to fans of the Bard and to newbies alike, with witches, ghosts, swordfights, love and revenge, ambition, and murder.

We spoke with local actor Rick Ruiz about portraying Macbeth. Listen to his response, and see some clips from the show in the video above.

Macbeth completes its run September 23-25, Friday and Saturdays at 7:30 pm and Sunday at 2:00 pm. Tickets are $15 for adults, $13 for seniors and military, and $10 for students, and are available at millenniumrep.org or by calling 931.570.4489. The 2022 Millennium Repertory Company season is sponsored by Capstar Bank of Manchester.

I spoke with cast member Hope Petty about why Shakespeare is relevant today. Use the media player to listen.

According to its website, Millennium Repertory Company is a community theater organization based at the Manchester Arts Center in Manchester, Tennessee. As a non-profit organization, every Millennium Rep production that you experience is created, designed, directed, administered, supported, built, painted, managed, and performed by dedicated volunteers of all ages, talents and skills. Please consider contributing your talents to the organization!