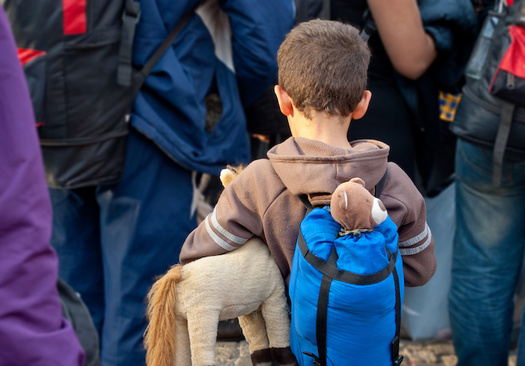 Peak flu season is here, when most people check in with their doctors about whether to get a flu shot. But for migrants being held in detention centers, that isn’t an option – and U.S. Customs and Border Protection has refused to offer the flu vaccine to detainees.

Now, a group of physicians from across the country is pushing the federal government to allow the group to open a pilot flu vaccination clinic. Dr. Danielle Deines signed the group’s letter to government officials advocating for migrant access to free flu vaccines.

“So, you’ve taken a very high-risk, vulnerable population and then, you’ve put them into these very unsanitary conditions,” says Deines, “where you then have people who are surrounding them who may or may not have flu vaccines, and may not know the right precautions to take. And it’s just kind of a recipe for disaster.”

The traveling clinic would be run by a volunteer network of doctors, with a donated stock of vaccines and a multi-language consent process.

Anyone who is considering getting a flu shot should consult with their medical provider.

She adds flu infections were responsible for the deaths of at least three children in federal custody during the 2018 flu season, a mortality rate nine times higher than the general pediatric population. Deines says some in the medical community are alarmed.

“And so, we started seeing child deaths,” says Deines, “The letter that came out over the summer was something that was written by a group of pathologists and other physicians who performed autopsies on several of the kids who had died in some of the detention centers.”

“You know, our group is made up of about 2,000 physicians who all believe that this is a very important issue, and we’re both Democrats and Republicans,” says Deines, “And I think that speaks to the humanitarian issue that this is. It is not a partisan issue, it is not a politics issue.”

Children, older people and pregnant women are among those at the highest risk of contracting the flu. Deines points out that overcrowded conditions and lack of access to soap and hand sanitizer can spur the spread of the virus.