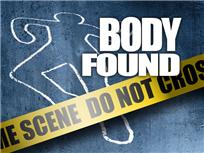 Manchester Police are investigating after a body was discovered behind the Manchester Walmart – 2518 Hillsboro Blvd – Tuesday morning, January 17, 2023.

According to Manchester Police Department Chief Investigator Brandon Tomberlin, a Walmart employee placed a call to 911 communications at approximately 10:52 a.m. Tuesday of an unconscious male located behind the store.

Police have not yet been able to notify the deceased person’s next of kin, therefore a name has not yet been released. The body has been sent to the state medical examiner’s office for an autopsy. Tomberlin could not specify whether or not foul play is involved at this time.

“There aren’t many details we can release at this time as this is an ongoing investigation,” explained Tomberlin.

More details will be released as soon as Thunder Radio WMSR News has them.