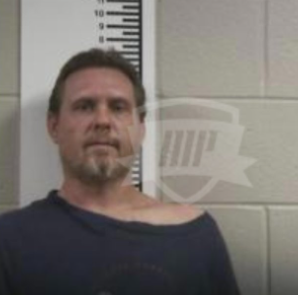 A Decherd man is behind bars after he allegedly evaded police in a high-speed pursuit and then later assaulted officers when they found him mowing his yard.

According to Decherd Police, at approximately 3:14 p.m. Monday, July 18, sgt. Tyler Womack and officer Cory Brown attempted a traffic stop on a blue Chevrolet Silverado on Decherd Blvd for speeding. When emergency lights were activated the driver allegedly accelerated to high speeds estimated over 100 mph, passing multiple vehicles to evade police. Officers were able to get the license plate of the vehicle and were able to positively identify the driver during the short pursuit as Kelly Brown, of Decherd. Officers then terminated the pursuit due to safety concerns.

At approximately 4:57 p.m. on the same day, Womack and officer Cheyenne Oliver went to a residence listed on the vehicle registration in an attempt to locate Kelly Brown. Officers observed Brown in the backyard mowing, and also located the vehicle from the earlier pursuit in the driveway next door.

When approached by officers, Brown allegedly admitted to running from them earlier. When Womack attempted to place Brown in custody, Brown resisted and a physical altercation ensued. Both officers were struck multiple times in the face and at one point, Brown attempted to grab Womack’s department issued firearm. He was eventually restrained using the “amount of force necessary.”