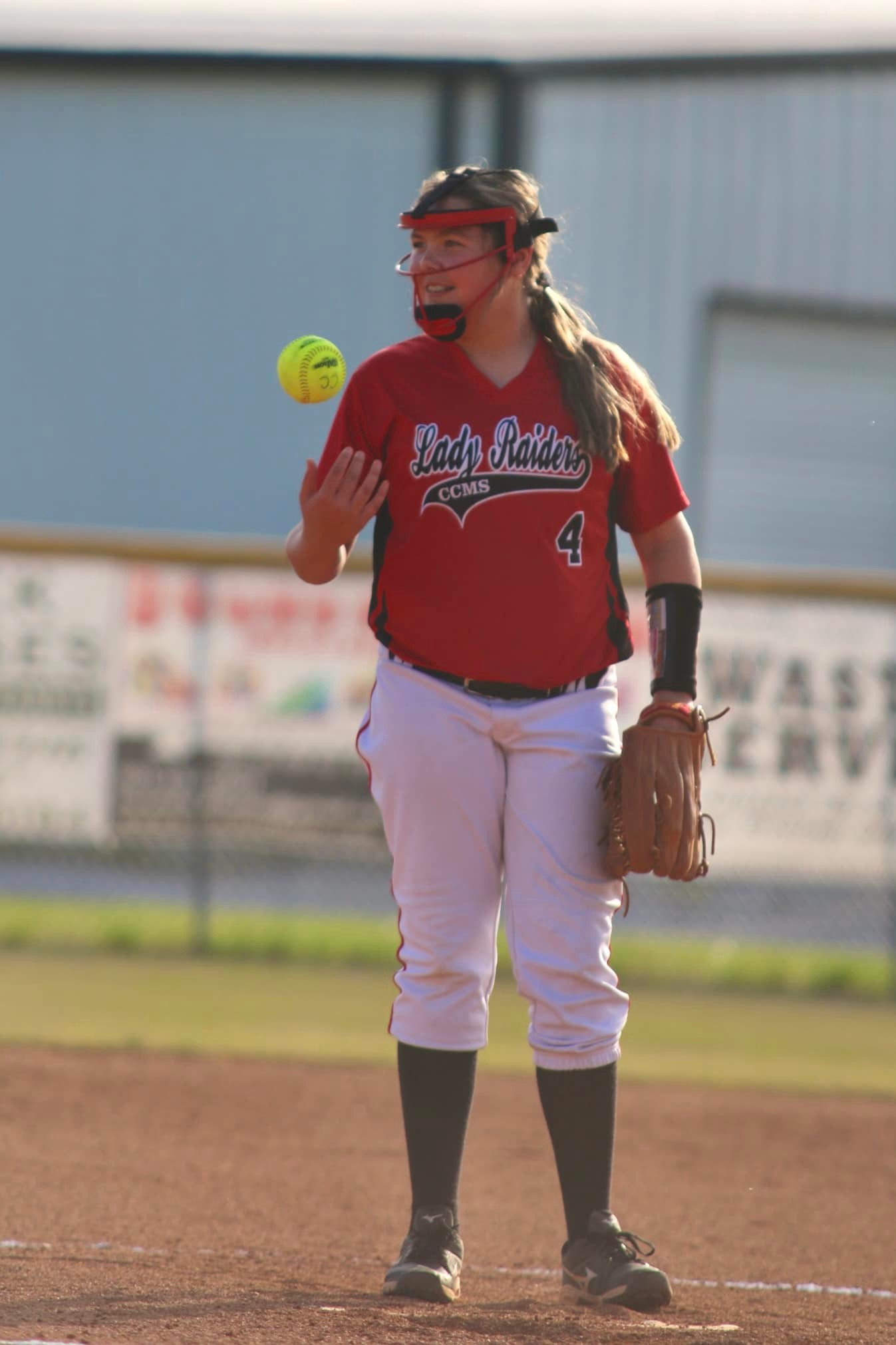 There is dominating a team. Then there is dismantling them.

Coffee Middle did the latter to Tullahoma in the winner’s bracket finals of the CTC tournament Thursday in Manchester. The Lady Raiders ripped 18 hits, including 5 doubles, in an 18-1 drubbing of rival Tullahoma.

The win puts the Lady Raiders in the CTC Championship game at 7:30 p.m. Friday night at Coffee Middle School.

Thursday night in Manchester, the Lady Raiders took a 5-0 lead from the start – then piled on five in the third and six in the fifth inning.

Madi Scott was at the top of the offensive effort with 4 hits, including a pair of doubles. Ella Arnold and Taylor McBride each had three hits. Kayleigh Buckley had 4 RBI. Arnold knocked in 3. Kamryn Hoback and Scott each knocked in 2.

Scott earned the win in the circle – mowing down the Tullahoma lineup with 9 strikeouts over 5 innings. She only gave up 2 hits – giving up 1 run.