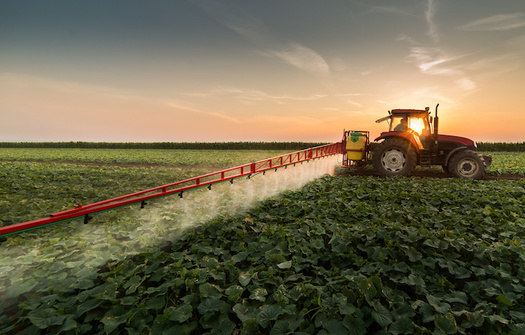 Environmental groups and public health experts are questioning the Environmental Protection Agency’s frequent use of “emergency approvals” that allow farmers to use toxic pesticides.

The EPA reports last year, it issued emergency approvals for use of a pesticide that is known to kill bees on more than 16 million acres. Senior scientist at the Center for Biological Diversity Nathan Donley says in Tennessee, the agency recently green-lighted use of two synthetic pesticides on sorghum and cotton fields, and it’s likely more approvals will be issued this growing season.

“In the major pesticide law in this country, there’s an exemption-approval process carved out for true emergencies,” says Donley. “EPA has been abusing this emergency-approval process and, we believe, approving uses that aren’t really actual emergencies.”

He says more than one billion pounds of pesticides are used each year in the United States, most of which are applied to farmland.

Donley acknowledges there are situations that warrant the emergency approval of certain pesticides, such as an influx of hard-to-kill pests and diseases that can wipe out crops and financially strain farmers. However, he points out that repeatedly designating “emergencies” isn’t how the system is designed to work.

“But what we’re finding is that EPA is making these approvals for many, many consecutive years, in some cases up to 8 or 9 consecutive years,” says Donley. “And in our opinion that is no longer an emergency, that is a foreseeable event, and EPA – if they really, truly believe, this pesticide needs to be used – then that needs to go through a normal approval process, which is more robust.”

Donley notes there are alternatives to synthetic pesticides that would reduce the risk of water and food contamination, and protect wildlife.

The EPA also recently announced it has, for the first time, approved the use of pesticides on hemp farms, beginning this year.