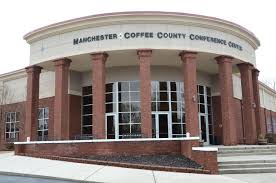 Thunder Radio News has obtained a copy of the Tennessee Comptroller of the Treasury’s audit for the Public Building Authority for fiscal year 2018-2019, which shows that the Manchester-Coffee County Conference Center operated at a loss of $340,000 for the year.

Corrected issues were that of segregation of duties, authorized signatures, surplus of fixed assets, receipts and controls over disbursements.

“We noted that actual expenditures exceeded the amount appropriated in the budget in the general fund. This practice is contrary to state statutes, which require all expenditures of the general and special revenue funds to be authorized by the governing body. Without following proper procedures, the organization has not authorized all expenditures by the end of the fiscal year,” that audit report states.

The City of Manchester and Coffee County governments currently split the operating losses (or profits, although the center has never been profitable since its inception).

The next PBA meeting is set for 11:30 a.m. Friday, January 10 at the conference center (147 Hospitality Blvd.) PBA meetings are open to the public.