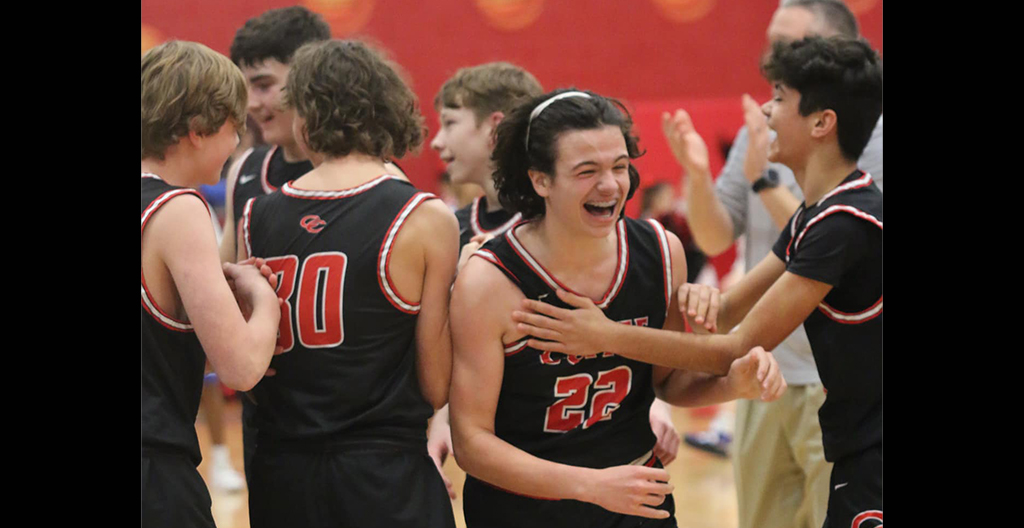 The Lady Raiders opened the night by leading wire to wire over Warren County, closing out the Lady Pioneers and claiming the CTC Tournament Championship 35-26.

Jaydee Nogodula led the way for the Lady Raiders with 14 points and Hayleigh Harris came off the bench and dropped in 12 points for CMS.

Warren County was able to cut the deficit to 5 at one point in the second half, but never got to a single-possession game at any point.

The win improves the Lady Raiders to 17-3 on the season as they move into the Area Tournament next week in Manchester.

The Raider boys got down 7-0 in the first two minutes to the tournament’s top seeded Harris Eagles.

Coffee County remained calm and slowly climbed out of its early hole, took the halftime lead and beat the Eagles 33-30.

The Raiders got a big drive and bucket from sixth grader Jaxon Pruitt with 55 seconds to play to push their lead to 32-29 – coming one possession after Brody Sizemore sunk a 3 from the right wing to break a 27-27 tie.

Trailing 33-29 with 14.5 to play, Harris had 3 attempts at the free throw line but missed 2 of the 3 and never got a good look at the basket again.

Jacob Mullen paced the Raiders throughout the night with 11 point. Jett Trussler added 6.

The Raiders are now 13-8 and in possession of the CTC championship trophy. They will play in the Area tournament next week in Manchester.