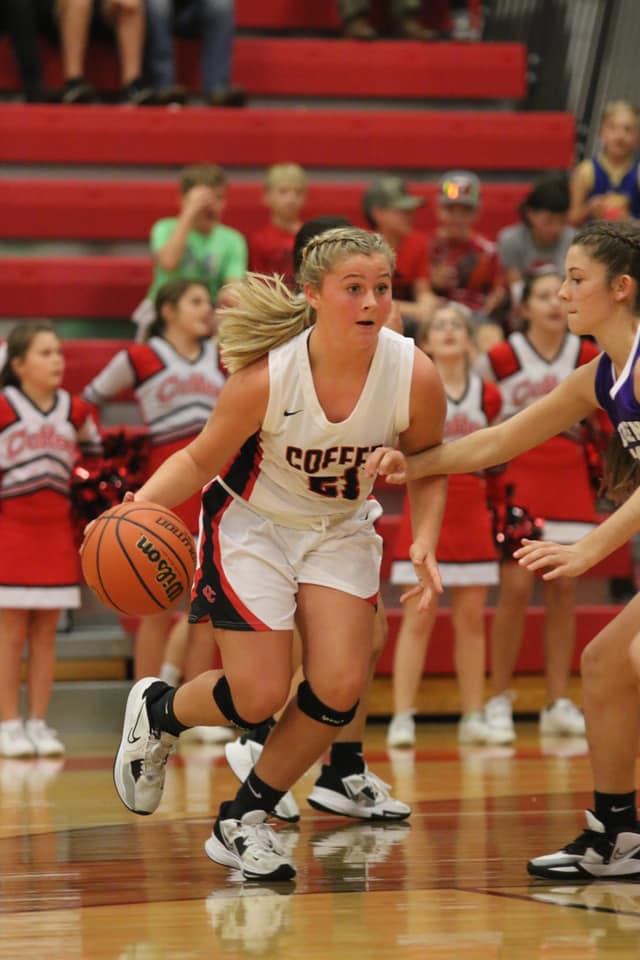 Coffee Middle’s girls made it a season sweep of Harris with a dominating 45-20 win Monday night in Manchester.

The Lady Raiders were paced by Lilly Matherne with her 14 points. Guard Jaydee Nogodula dropped in 10 points and Adalyn Clark 8.

The Lady Raiders move to 10-2 overall with the win and 7-2 in conference play.

Meanwhile, the Raider boys gave Harris its first conference loss of the season with a 37-29 win in Manchester. The Raiders led 21-13 at halftime and never relinquished control.

CMS was led by Brody Sizemore and his 15 points. Sizemore knocked down a pair of 3 pointers and was 5-of-6 at the charity stripe. Audie Nicoll added 9 points for the Raiders.

The Raiders and Lady Raiders will play at West Tullahoma on Tuesday.