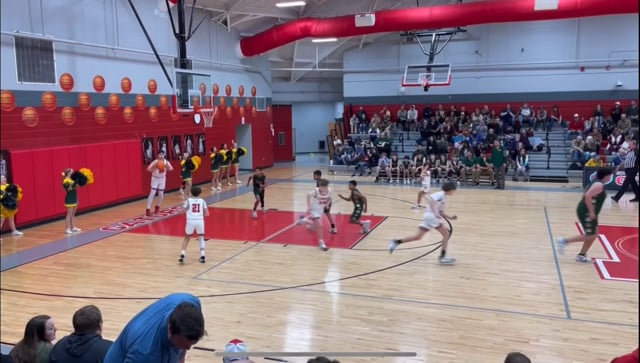 The no. 2 seeded Coffee Middle Raiders took care of business Tuesday afternoon, using double-digit points from three players to blow past South Middle 46-21 in the quarter-finals of the CTC Tournament at North Middle.

Jacob Mullen had a big night for the Raiders, piling up 15 points – 10 in the first half.

Marc Rollman and Audie Nicoll each pitched in 12 points for the Raiders. Nicoll scored 10 of his 12 in a big third quarter.

The Raiders will now play East Tullahoma (no. 3 seed) in the semi-finals at 7 p.m. Thursday at North. A win in that game would advance CMS to the championship game at 6 p.m. Friday.