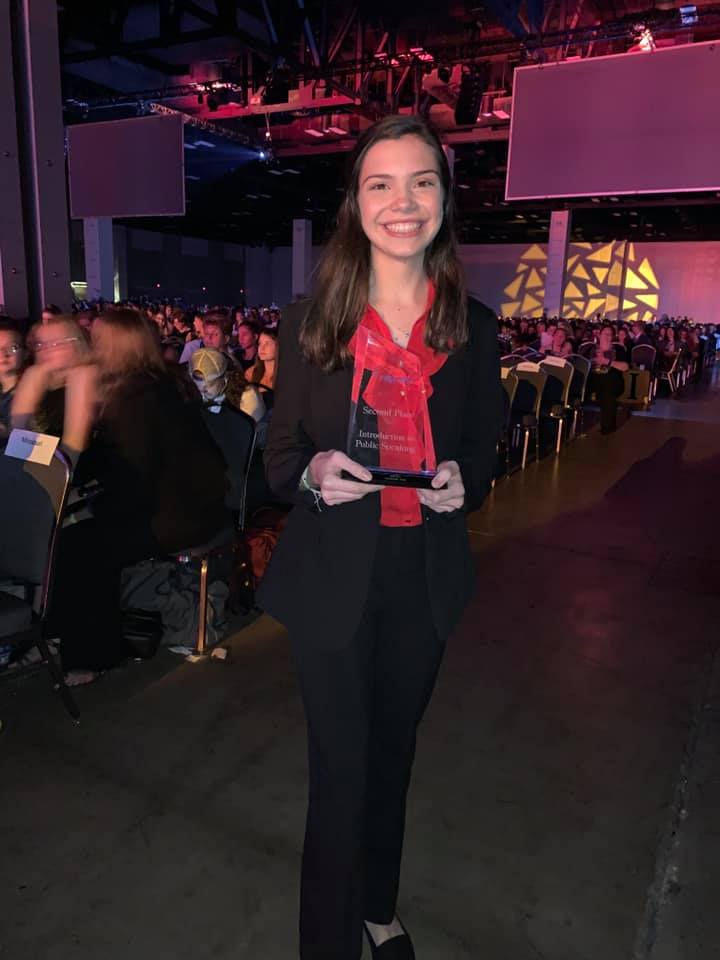 School may be out for the summer, but Coffee County Central High School has been well represented this week at the Future Business Leaders of America National Leadership Conference in San Antonio, Texas.

Elizabeth Brown placed second in the nation in Introduction to Public Speaking at the national conference. Meanwhile, the team of Morgan Henley, Jack Beachboard and Bryson Hullett placed 10th in the nation for their business financial plan. Placing 8th in the nation for his Local Chapter Annual Business Report was Weston Hargrove.

Coffee County FBLA has had national award recipients every consecutive year since 2011!!