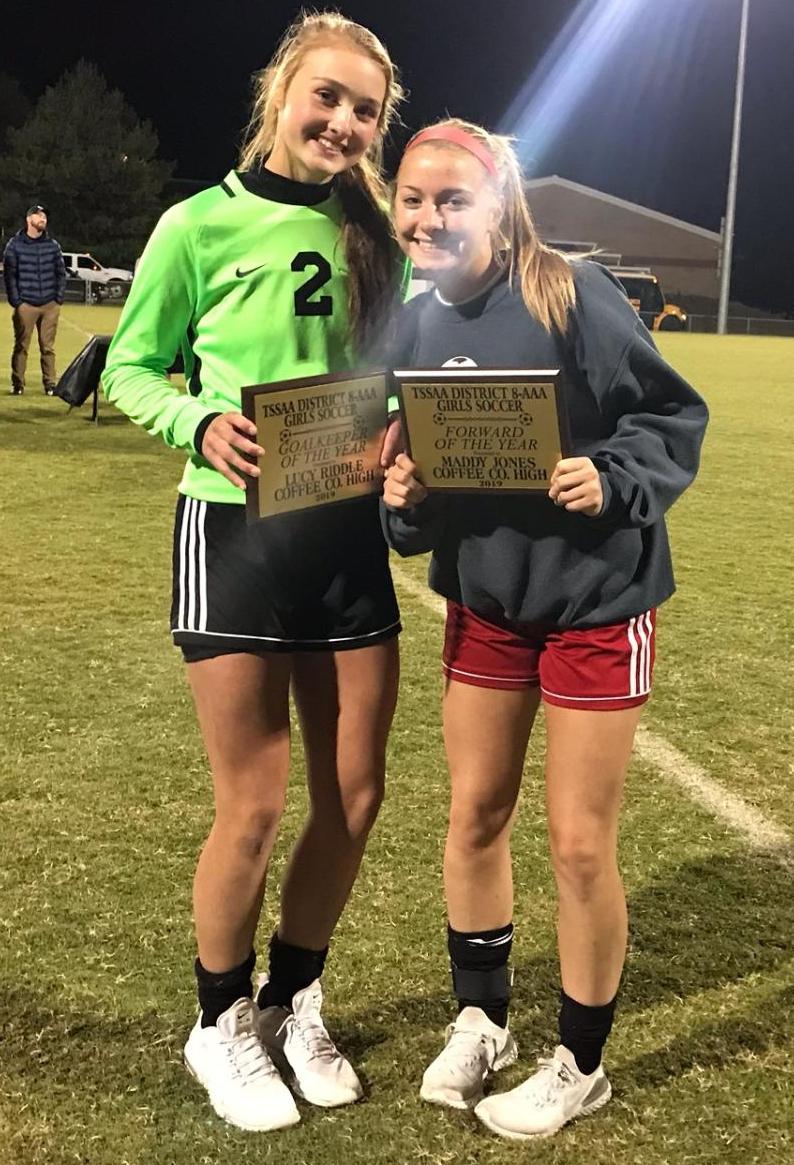 Competing on their home field for a district championship for the 3rd year in a row, the Lady Raider soccer team of Coffee County CHS welcomed Franklin County to the Raider Soccer Field on Thursday.   Coffee County outshot the visiting Rebelettes but could not get a ball into the back of the net.  In a match you heard here on Thunder Radio, Franklin County claimed the heart-breaking 1 nil win over the Lady Raiders.

Franklin County converted on a long through-ball in the 15th minute as the Rebelettes got behind the Lady Raider defense for goal which stood up for the final 65 minutes of the match.   Coffee County outshot Franklin County 11 to 7.  Lucy Riddle finished the match with 3 saves.

After the match, 10 different Lady Raiders were selected for All-District honors.  Named to the 2nd team all-district team were: Jayda Wright, Kyleigh Harner, Britney Hernandez and Anna Amado.  Named to the 1st team all-district team were Jenna Garretson, Reagan Ellison, Reyna Flores and Katie Cotten.  Lucy Riddle was named the district keeper of the year and Maddy Jones was selected as the district forward of the year.  First year Lady Raider head coach Lee Xixis was named the District 8AAA coach of the year.

With the loss, Coffee County will travel to Siegel on Tuesday night for the Region 4AAA semifinals.  Thunder Radio will be on hand to bring you the broadcast as part of the 1st National Bank Hometown Sports Series.  The location and starting time of the game will be announced over the weekend.