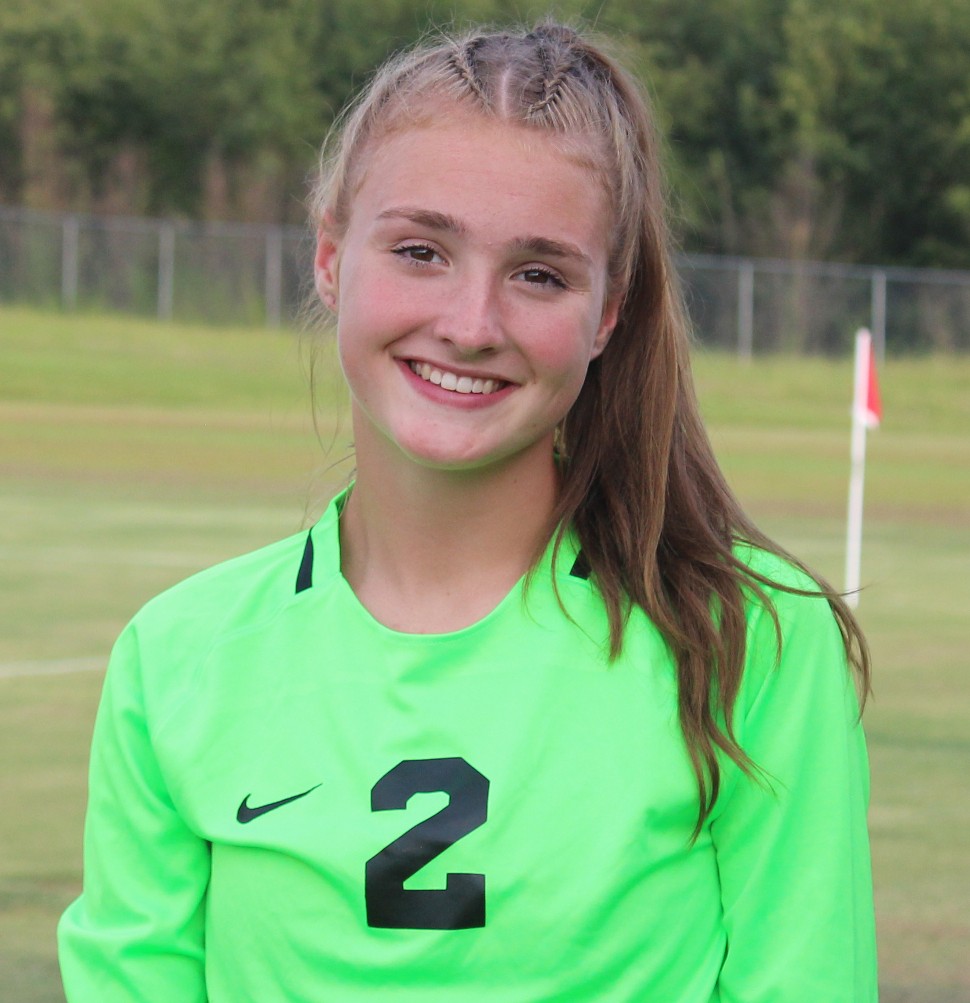 Facing off against rival Lincoln County on Tuesday night, the Coffee County CHS soccer team hosted a crucial district match.  After a bruising draw with Shelbyville on Thursday, the Lady Raiders were looking to get back in the win column with a sweep of the Lady Falcons.  In a match you heard here on Thunder Radio, Lincoln County and Coffee County each scored in the final 10 minutes of the match as the teams settled for a draw.

After a lightning delay pushed the match’s start back almost an hour, the Lady Raiders dominated possession in the opening 27 minutes.  Coffee County scored in the 24th minute when an Anna Amado cross found a wide open Britny Hernandez on the weak side of the formation.  Hernandez’ goal made it 1 nil Coffee County.  Jayda Wright added a goal in the 27th minute as she hit a high arching free kick over the keeper’s head from 35 yards away to make it 2 nil.  But Lincoln County bounced back with a goal in the 29th minute as Emma Womble got 3 shots at point blank range as the 3rd one squirted past the heroic efforts of Coffee County keeper Lucy Riddle to make the score 2 to 1 at the half.

In the 2nd half, Womble leveled the score for the Lady Falcons as another defensive breakdown by Coffee County gave her another one on one rush against Riddle.  Jenna Garretson put the Lady Raiders on top 3 to 2 in the 71st minute as she drilled a shot in from the top of the penalty box off a feed from Katie Cotten.  But Lincoln County drew level 3 minutes later when a wet ball and a strange bounce found the back of the net for the Lady Falcons.

Coffee County outshot Lincoln County 10 to 6 on the match.  Lady Raider keeper Lucy Riddle played brilliantly in goal as she stopped 6 shots.  The draw leaves Coffee County with a record of 5-1-2 overall and 3-0-2 in district play.  The Lady Raiders are back in action on Thursday when they host Franklin County at the Raider Soccer Field.  That match will get underway at 7 PM.