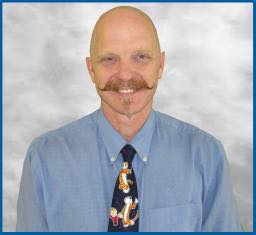 The Coffee County School Board voted to enter into contract negotiations with Dr. Charles Lawson to be the system’s next Director of Schools during a special called meeting Monday, July 1.

Lawson is currently the principal at East Middle School in Tullahoma. The vote means the board will enter into negotiation and discuss during a work session Monday, July 8 at 3 p.m.

If a contract is finalized, he would replace Dr. LaDonna McFall, who left the director position in early June to take a director’s position in Roane County.

There were 16 candidates who applied for the director of schools position and five were interviewed. In addition to Lawson, Dr. Keith Cornelius, Kim Aaron, Scott Hargrove and Dr. John Ash were also interviewed.

During Monday’s special called meeting, school board member Pat Barton made a motion to enter into contract negotiations with Lawson and Sandra Klonaris seconded the motion. Five members voted yes, they were Brett Henley, Gary Nester, Barton, Klonaris and Dr. Shannon Duncan. Esther Simms was the lone no vote. Freda Jones was absent from the meeting.

Joe Pedigo is currently serving as the interim director of schools.