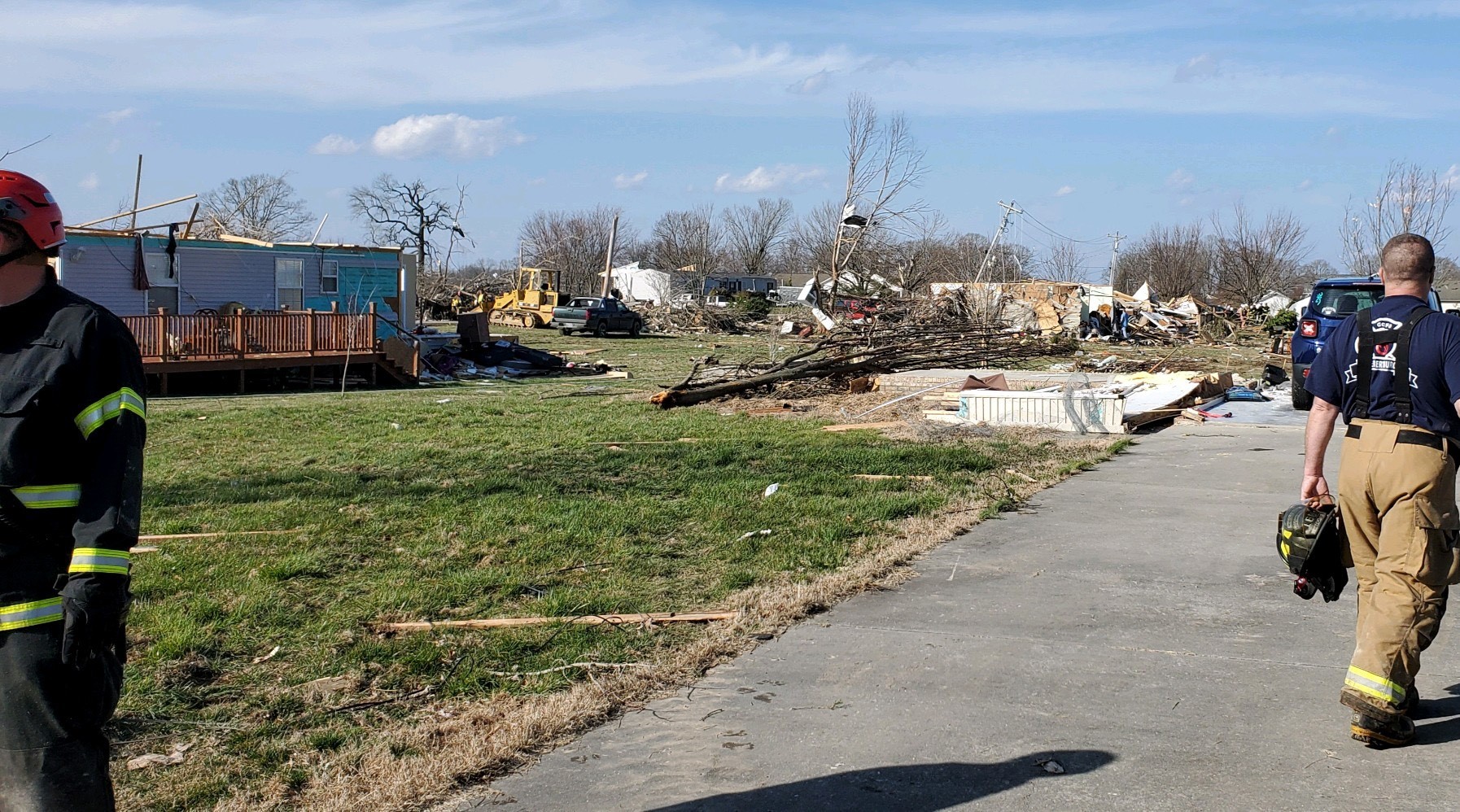 In the early morning hours of Tuesday, tornadoes and high winds devastated areas of Nashville, Wilson County, Benton County and Putnam County, killing a total of 24 people with the death toll continuing to rise.

As of mid afternoon Tuesday, 18 people were killed and 65 injured in a 2-mile stretch in Putnam County just west of Cookeville. Three people were confirmed dead in Wilson County, one dead in Benton County and two in Nashville. Officials report that over 70 are missing in Putnam County.

National Weather Service confirmed late Tuesday afternoon that an EF-3 tornado touched down in Nashville, Donelson and Mt. Juliet. NWS continues to work to determine strengths in other areas and whether or not there were one or two long-track tornadoes on the ground.

“We are up here searching houses; dogs are going around hitting on houses and we [are searching them],” explained Neal Simmons with the Coffee County Rescue Squad. “It has really tore this place  to pieces up here.”

The rescue squad members planned to either stay through the night Tuesday night or send a crew back first thing Wednesday morning, depending on what Putnam County officials request.

“We will be helping to keep damaged areas secure,” explained Partin. “It takes a lot of people to secure those areas and we will help any way that we can.”

Partin said that deputies from Franklin County and Lincoln County will also be traveling with his deputies to assist in these storm-ravaged areas.

Tullahoma Mayor Lane Curlee said that Tullahoma is organizing a drive to assist in Cookeville through the Red Cross office. Once a list of needed items is available, we will post it on the Thunder Radio website and the Thunder Radio Facebook (click here to like us on Facebook). Drop off location will be at Fire Hall #1 in Tullahoma on South Jackson Street.

President Donald Trump has said he intends to visit the affected area on Friday, although details were not immediately available.