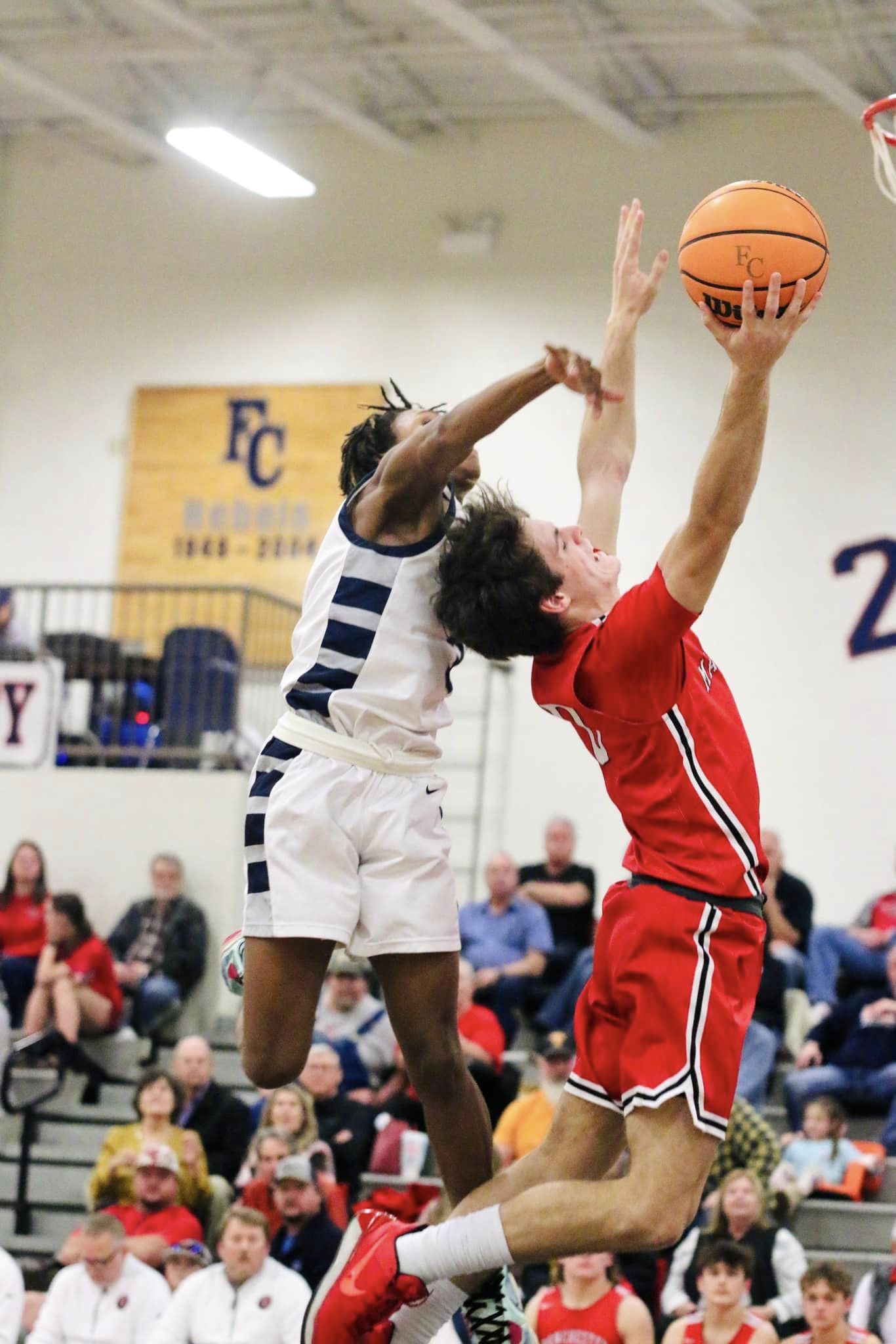 Coffee County took its defense on the road Friday night. And the Lady Raiders scored some points, too.

Coffee County Central’s Lady Raiders (AP no. 2) jumped all over the Rebelettes 32-10 by halftime and blew them out in the second half, winning 62-23.

“I’m jus so proud of them tonight,” said CHS head coach Joe Pat Cope. “If they play defense like that, we can win the whole dang thing.”

The offensive end of the floor was pretty productive, too. Senior post Chloe Gannon tore up Franklin County for 29 points in the paint – matching a career high she scored last year, also against Franklin County.

Ruehling knocked in a pair of 3-pointers early to loosen up the interior Franklin County defense.

“Defense should be there … defense is effort, and that is a choice,” said Ruehling.

The win for Coffee County improves the Lady Raiders to 24-1 and 2-0 in District 6-4A play. It sets up a battle with Warren County Tuesday night, Jan. 24. The Lady Pioneers are also 2-0 in district play. That game will be in Manchester with tip set for 6 p.m.

Franklin County went on an 8-0 run midway through the third quarter to close the Coffee County lead to just one point.

But the Rebels never took the lead. Coffee County took off on a 20-5 run and then held on late for a 60-48 win over the Rebels in Franklin County Friday night, January 20.

The late run for the Raiders put them ahead by as many as 18 with 1:40 to play. But Franklin County kept its starters in against the Raider bench to close the gap.

The Raiders were led by 17 points apiece by Deion Subaran and Cooper Reed, and 11 tough points from Jahlin Osbourne in the paint.

The Raider win moves CHS to 14-5 overall and 2-0 in district play. Coffee County has now won 10 of its last 11. The Pioneers of Warren County come to town Tuesday, Jan. 24 – they are also unbeaten in district play.