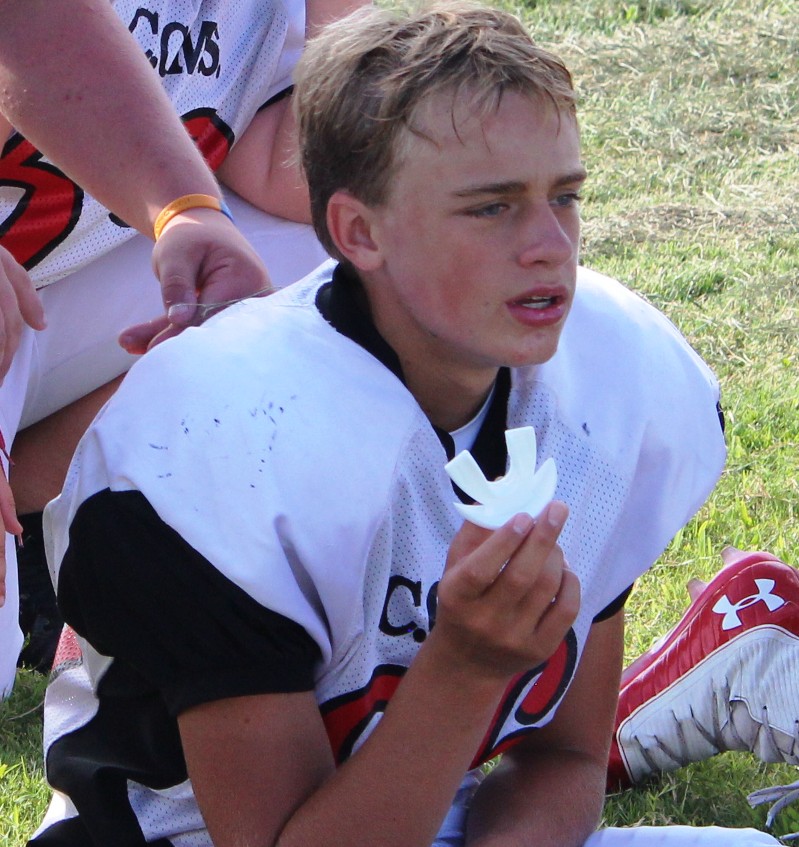 Coffee County Middle School football team celebrated homecoming on Tuesday night as they welcomed South Franklin to Carden-Jarrell Field.  The Red Raiders used big plays to score touchdowns on their first offensive play of each half as they rolled to a huge win over the Trojans.  Coffee County won by a final score of 40 to 0.

After forcing a punt on the first South drive of the game, Cole Pippenger raced 42 yards around right end to give Coffee County the 7 to 0 lead.  In their 2nd possession, Jackson Shemwell ripped off a 14 yard touchdown run and Blayne Myers added the 2 point conversion to make it 14 to 0 just 5 minutes into the game.  Jacob Barlow fell on a South fumble in the endzone 17 seconds later as Coffee County led 21 to 0 going to the 2nd quarter after Ethan Hargrove hit the extra point kick.  Shemwell hit Jaiden Foster on a 68 yard touchdown pass and rushed for a 2 yard touchdown to send the game to the half with the Raiders on top 34 to 0.  On the first play of the second half, Shemwell threw for his 2nd TD pass as he hit Hargrove on a 48 yard strike to make the score 40 to 0 and set off the running clock for the remainder of the game.

Shemwell finished with 13 yards rushing on 4 carries for 2 scores and was 2 for 2 through the air for 116 yards as both passes were completed for touchdowns.  Pippenger finished with 63 yards rushing on 3 carries and Barlow had 23 yards on the ground on 2 carries.  Coffee County finished the night with 234 yards of total offense on 18 plays from scrimmage. The win moves the Raiders to 2 and 1 in conference play.

The Red Raiders will travel to Winchester on Tuesday night as they square off against North Franklin.  Kick-off is set for 6:30 PM.