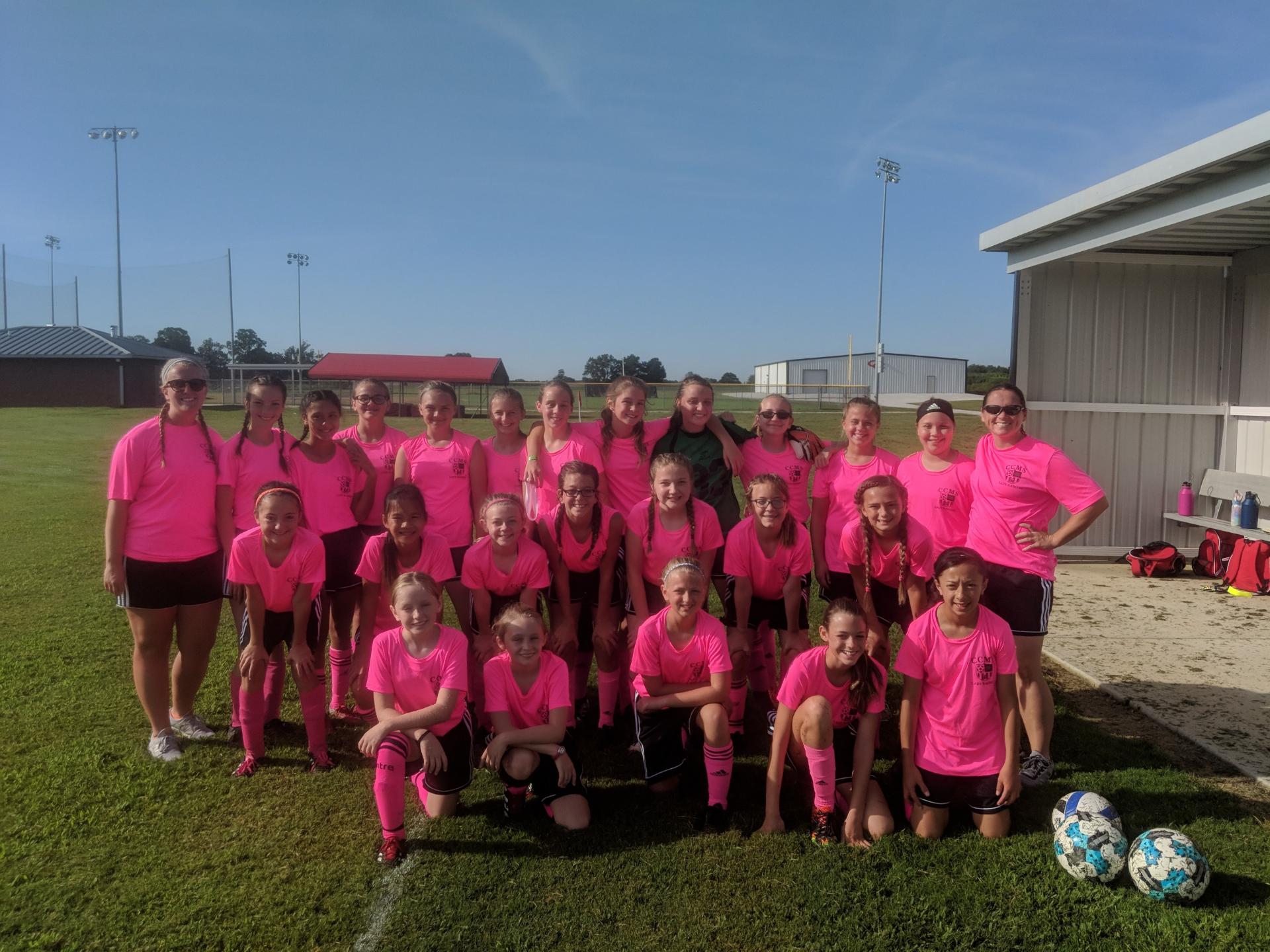 The Coffee County Middle School soccer team hosted their 15th Annual Kickin Cancer Playday at CCMS on Saturday.  12 teams did battle on the hot day before a huge crowd.  At the end of the day, a portion of the gate proceeds will benefit a local cancer charity.

The Lady Raider varsity team struggled in their 2 games as they were shut out twice.  The varsity team was shut out by North Franklin 2 to 0 in the opening game of the tournament.  They dropped their final match 4 to 0 to Rockvale.  For the JV team, they opened up with a 1 nil loss to Thomas Francis.  They closed out the day with a 2 to 0 win over DeKalb County Lola George had both goals for the Lady Raiders.

The Lady Raiders will open the season on Monday when they play host to North Franklin.  Their match will get underway at 4:30 PM at CCMS.