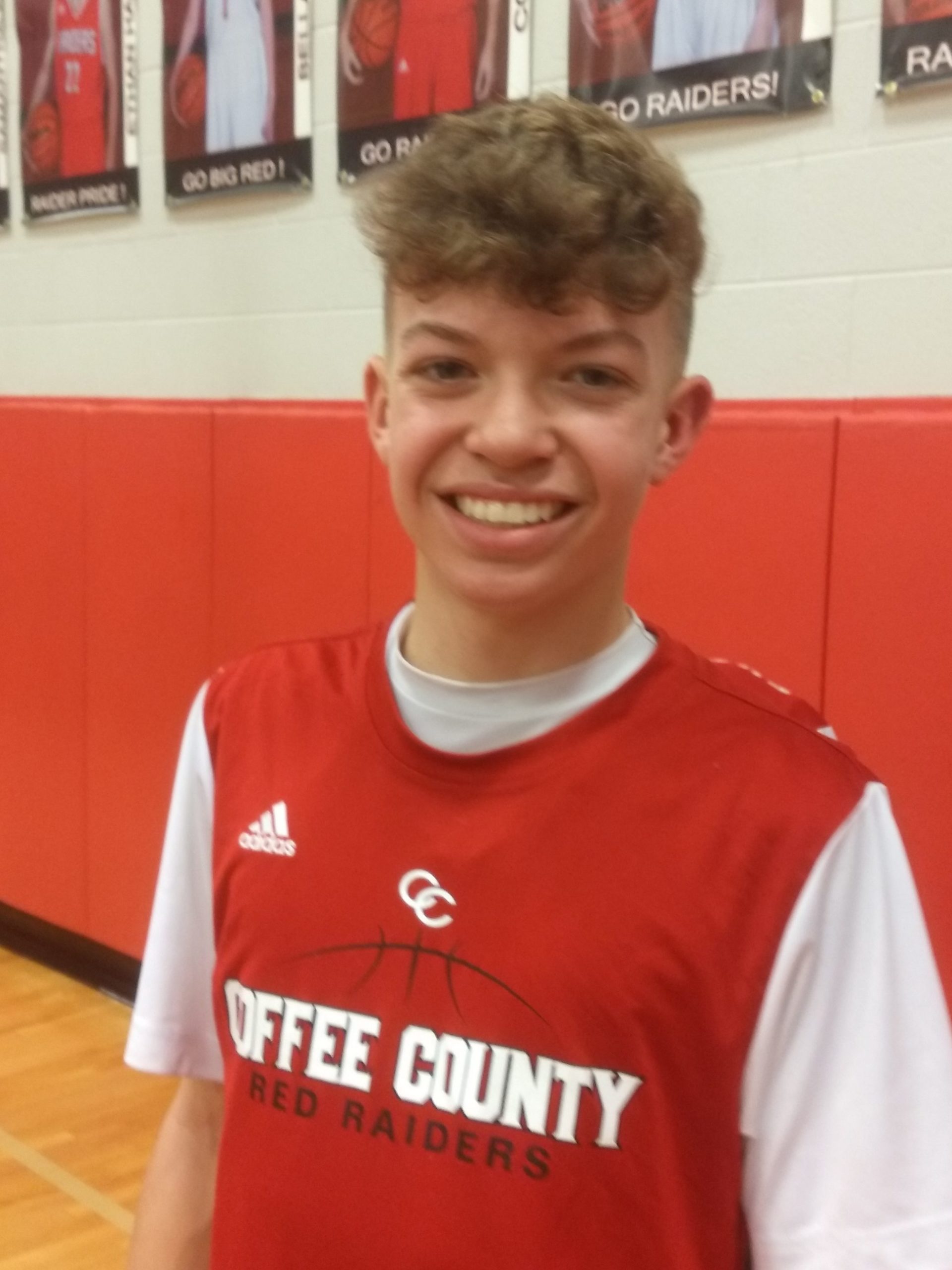 The Coffee County Middle School basketball teams competed on Saturday in the finals on the TMSAA Area 6 tournament at CCMS.  Thunder Radio was on hand to bring you all the action as part of the 1st National Bank Hometown Sports Series. The Lady Raiders fell in their title game matchup with White County 41 to 30.  The Red Raiders dominated the 2nd half against Whitthorne of Columbia as they won 48 to 38.

In the girls’ game, Coffee County got on the board first with a free throw in the first 30 seconds.  White County went on an 8 to 2 run to seize a lead they would not surrender.  The Lady Raiders made runs in the opening minute of both the 3rd and 4th quarter but could never get any closer than 10 points in the 2nd half.  Coffee County was led in scoring by Olivia Vinson who had 12 points.  Taylor Anthony netted 10 points for the Lady Raiders as their record to fell to 19 and 6 on the year.

In the boys’ game, the Red Raiders opened the 2nd half on a 13 to 3 run in large part to forcing turnovers and owning the an advantage in rebounding.  Coffee County outrebounded Whitthorne 20 to 11 for the game while forcing 15 turnovers.  The Red Raiders pushed their advantage to 16 points in the 4th quarter to get the win and improve their season record to 18 and 5.  Ethan Hargrove led Coffee Middle in scoring as he had 22 points.  Brendan Sheppard added 10 points and Copper Reed netted 8 for the Raiders.

Both Raider teams will advance to the TMSAA Sectional Tournament this week in Smyrna.  The Lady Raiders will take on Rockvale on Tuesday night at 8:30 PM.  The Red Raiders will be in action on Wednesday at 4:30 PM as they take on Blackman.  Both games will be held at Stewarts Creek Middle School in Smyrna.