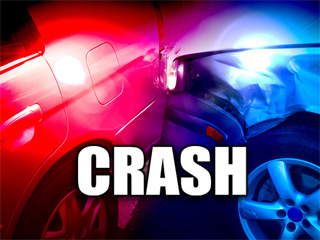 A Coffee County infant is in critical condition at Children’s Hospital At Erlanger and two others were injured after a head-on collision Saturday afternoon, Feb. 27 at approximately 3 p.m.

According to a report filed with the Manchester Police Department, a 2014 Chevrolet Cruz driven by a 68-year old female was traveling the wrong direction on Highway 55 near Coffee County Central High School and struck a 2000 model Dodge pickup head on. The dodge was being driven by Kyle Alford, with infant Houston Alford as a passenger.

The driver of the Chevrolet, identified by the report as Barbara Hampton, age 68, of Estill Springs, suffered serious injuries, according to the officer’s report. Hampton was taken by EMS to the Tullahoma Airport to be transported by helicopter. The report states that Hampton “appeared to have several broken bones.”

Kyle Alford had a cut but “otherwise appeared to be OK,” according to police. Houston Alford was later diagnosed with head trauma and flown to Children’s Hospital at Erlanger. The hospital confirmed to Thunder Radio  on Thursday that Houston Alford remains in critical condition.

The report states that there was no drug or alcohol use suspected in this accident. All of those involved were wearing seat belts, according to the MPD report.