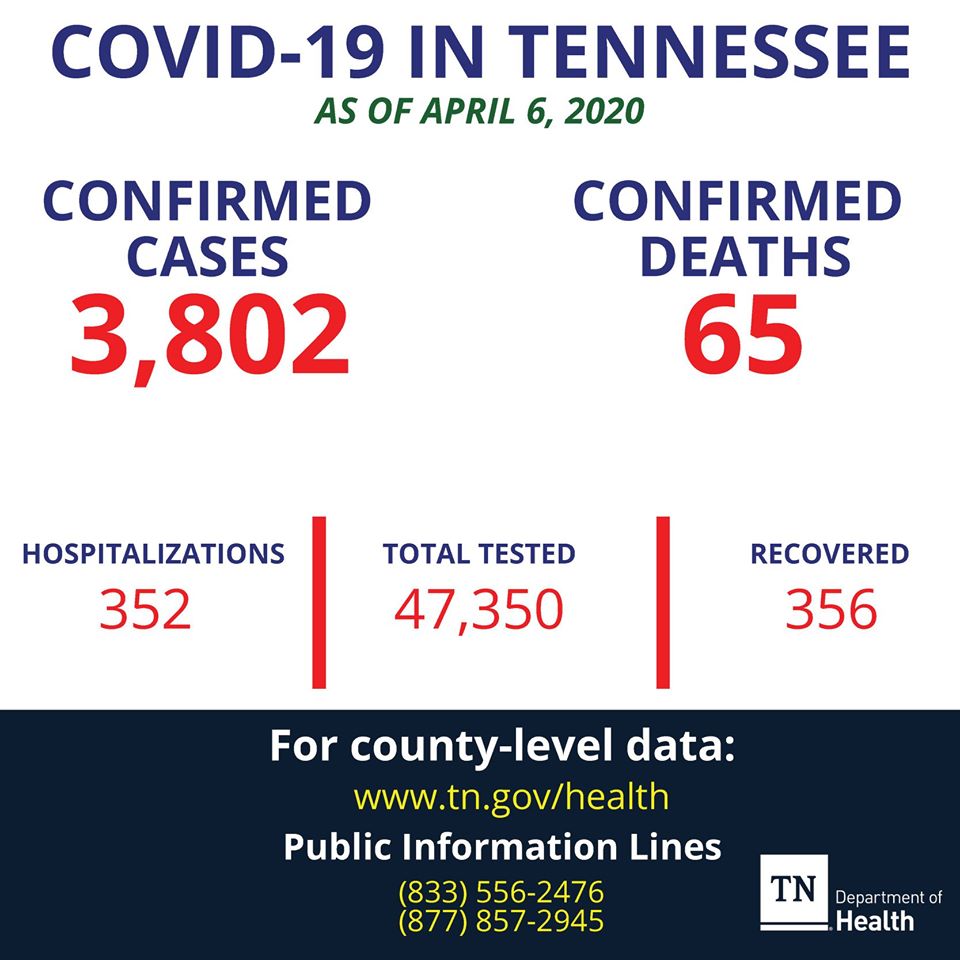 Coffee County’s cases of COVID-19 continue on a slow uptick, as Tennessee Department of Health confirmed Monday that Coffee County has seven confirmed cases of the virus. There have been 210 negative tests performed within Coffee County, according to TDH.

Across the state, there are 3,802 total confirmed cases out of 47,350 tests performed. There have been 65 deaths and 352 hospitalizations.

In related news, a study conducted by the University of Washington that originally projected Tennessee could see 3,400 deaths from COVID-19 has made serious alterations to that projection. Now, the study predicts Tennessee will likely see 587 deaths from COVID-19. That study also says Tennessee will need to add zero hospital beds and 200 ventilators. Previously, that study said Tennessee needed to add 7,800 beds and nearly 2,000 ventilators. This same study also says the state will hit peak resource euse by April 15. This study takes into account social distancing through the end of May.

Meanwhile, in Manchester, the recycling at Manchester City Hall has been suspended indefinitely. However, according to the Manchester Mayor’s office, all other roadside pickup and garbage pickup remains on schedule.

Also, the Board of Mayor and Aldermen meeting scheduled for Tuesday, April 7, has been cancelled.