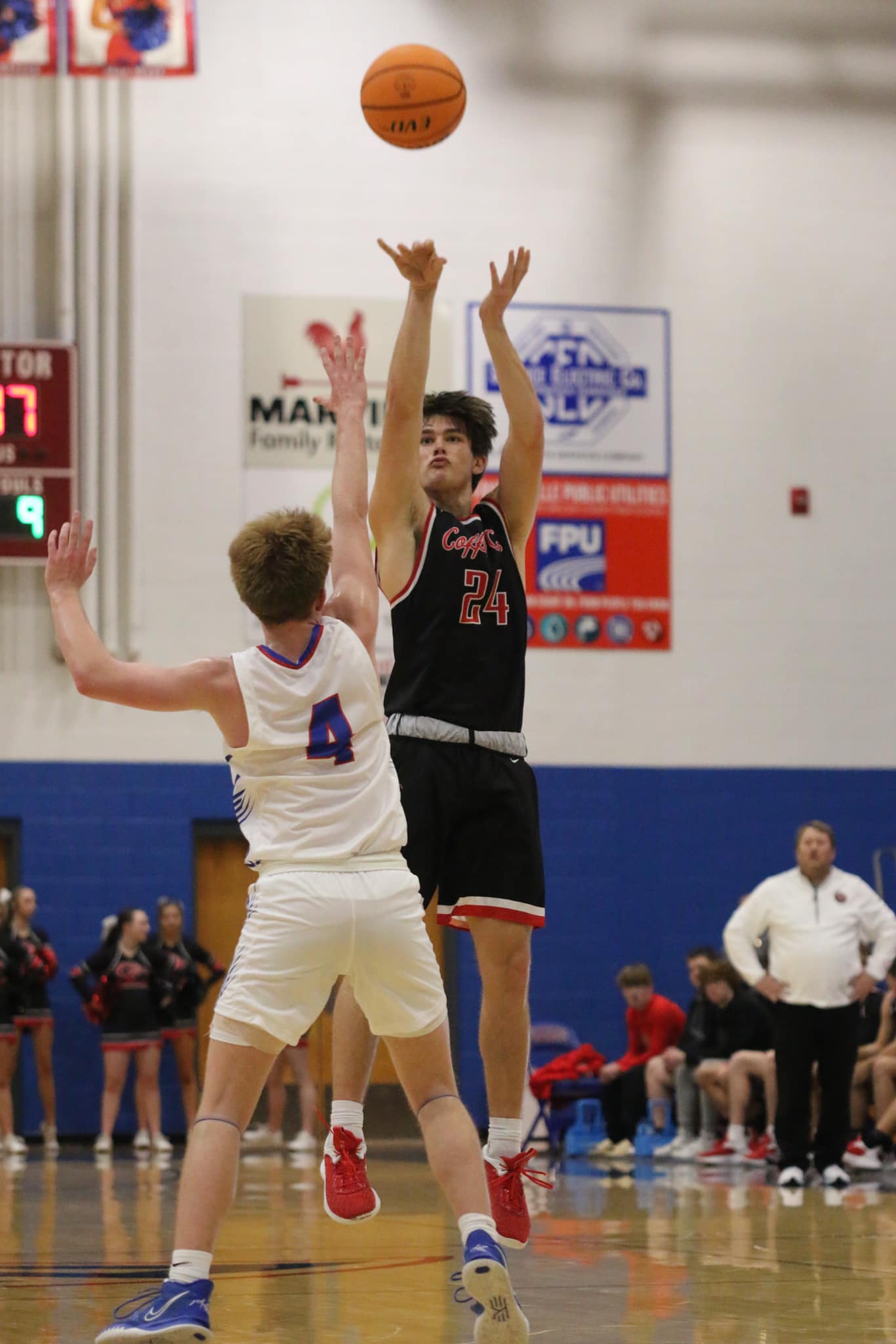 Coffee County went on the road and left Fayetteville with a clean sweep Thursday night.

Freshman Natalie Barnes caught fire from deep on her way to a 20 point performance and senior Jalie Ruehling was dishing assists all around the gym to go with 16 points as the Lady Raiders put a thrashing on Lincoln County Thursday night in Fayetteville.

“I was very pleased with the girls tonight,” said CHS head coach Joe Pat Cope. “Other than the turnovers, we got to clean that up against the Warren County’s, Bradley Centrals and Cleveland’s.”

Coffee County did have 12 turnovers – but 8 of those came in the first half. Barnes hit 5 3-pointers to lead both teams in scoring with 20 points.

“I wasn’t shooting really well early but I kept with it and eventually caught fire,” said Barnes.

Ruehling finished with 16 points and turned in one of her better performances directing the Lady Raider half-court offense.

“Jalie had some really good passes tonight,” added Cope. “Being the point guard she is critiqued probably more than anyone. She had a good night but she knows there are some areas we want her to clean up.”

Coffee County had two other players in double-digit points – Channah Gannon with 12 and Chloe Gannon 10. But with Lincoln County packing the paint, the majority of Coffee County’s damage came from outside. Olivia Vinson added 7 points on a pair of 3-pointers. Emaleigh Tarpley and Ella Arnold tacked on 2 points apiece.

The win improves the Lady Raiders to 22-1 overall and is their last tune up before district play begins January 17 when Shelbyville comes to Manchester at 6 p.m.

Foul trouble slowed the Red Raider boys early – but it didn’t stop them.

Three Coffee County starters were on the bench by midway through the first quarter with two fouls apiece, but the Raiders fought through and produced a big offensive night in a 59-45 win.

Lincoln County was able to tie the game a couple of times in the first half with the Raiders deep into their bench – but the Falcons never got the lead away from CHS.

Junior Cooper Reed was one of the Raiders sitting early with 2 fouls. But Reed made the most of his minutes on the floor, finishing with 18 points – scoring from all over the floor. Dayne Crosslin added 17 for the Raiders. Jahlin Osbourne and Jackson Shemwell, who each battled foul problems, finished with 7 and 6 points, respectively.

The Raiders forced 17 turnovers on the defensive end of the floor and shot 15-of-22 at the stripe.

The win is the 8th straight for the Raiders, who are now 12-4. They will play Boyd Buchanan at 3:30 p.m. Central Time Saturday on the road.