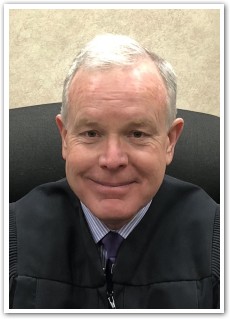 According to Coffee County District Attorney General Craig Northcott, Brock’s body was discovered in his hotel room in Nevada on Monday (Nov. 11) while attending a conference. No foul play is suspected, but a cause of death is pending an autopsy, according to Northcott. He was 62.

“Tim Brock made a difference in Coffee County and Tennessee by redeeming individuals, reuniting families and restoring communities and creating change in the lives of children, teens and adults,”said Mike Lewis, director of Coffee County Drug Court. Lewis often worked closely with Brock through the drug court.

“He left this world doing what he loved, learning how to be a glimmer of light to those trapped in a world of darkness,” added Lewis.

In addition to sessions court, Brock was also over juvenile recovery court, mental health court, family treatment court. Brock was re-elected to an 8-year term in 2014, meaning his term will not expire until 2022.

“It’s so close to the next general election the county commission may elect to wait. But that would be up to them,” explained Northcott.

Brock was first elected in 1990 and took on juvenile court jurisdiction duties in 1998. He earned his law degree from the University of Tennessee in 1982 and his undergraduate degree from MTSU. He served on the executive committee of the Tennessee Council of Juvenile and Family Court Judges for many years.

“Judge Brock, while quiet and unassuming, was an outstanding leader who worked constantly and diligently in our judicial system to improve the lives of children and families in Tennessee,” said Tennessee Supreme Court Justice Jeff Bivins. “He cared deeply about improving the courts and the judicial system as a whole to better serve the citizens of Coffee County and all Tennesseans. He embraced education and learning, and he was always willing to be a leader in innovation and new approaches to serving people. Judge Brock’s untimely death leaves a great void in our judicial system.”