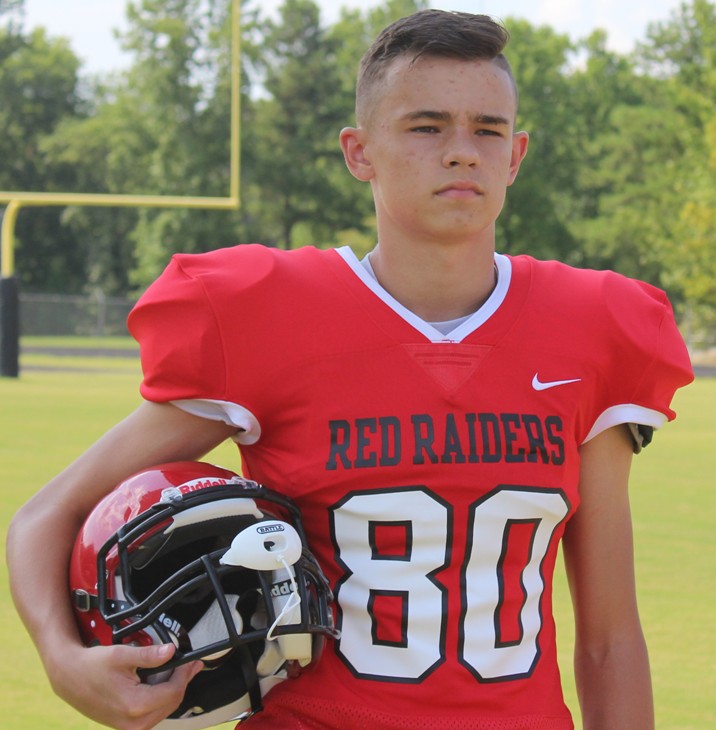 The Coffee County freshman football team traveled to Nashville on Monday night to tangle with East Nashville.  Facing off against the most athletic team they have faced all year, the Red Raiders took an early lead but ended up falling 28 to 14.

The Red Raiders went on top 3 plays into the game as quarterback Nate Luttrell hit Travis Martin on a 40 yard touchdown pass.  Ian Weldon hit the point after kick and the Raiders were on top 7 to 0.  East Nashville struck right back and got their first touchdown with 6 minutes left in the 1st quarter.  Their 2 point conversion was no good and Coffee County led 7 to 6.  East Nashville tacked on touchdowns in the 2nd and 3rd quarters to go ahead 22 to 7.  The Raiders closed the gap to 22 to 14 with 4:22 left in the game when Tristan Galey scored from 4 yards out and Weldon added his 2nd extra point kick.  The Eagles added a late touchdown to end the Raiders comeback dreams.

The freshmen and JV will join forces next Monday night as they will take on White County.  That game will take place at Carden-Jarrell Field with kickoff scheduled for 6 PM.