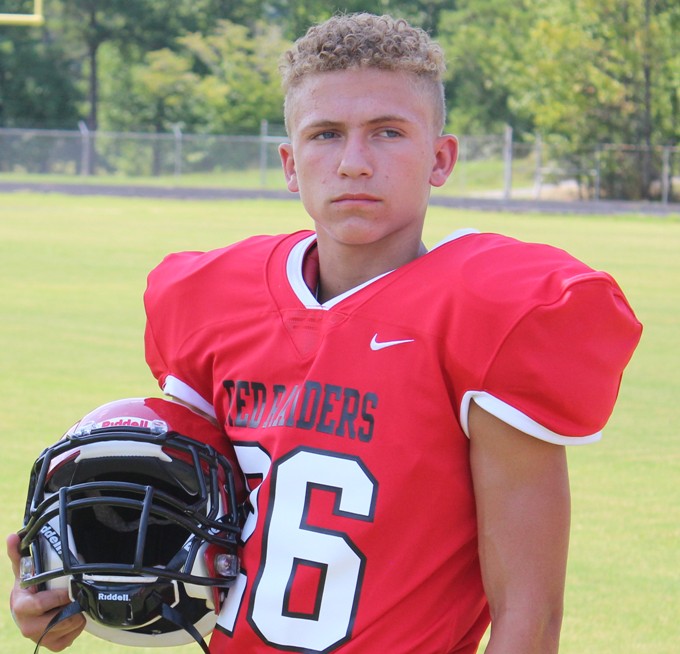 The Coffee County CHS freshmen and junior varsity football teams welcomed White County to Carden-Jarrell Field on Monday night.  In a game that featured a lot of scoring, the Raiders saw a 4th quarter lead evaporate as they dropped the high scoring decision.  Coffee County fell by a final score of 42 to 33.

After a long Nate Luttrell to Travis Martin pass completion, Triston Galey punched the ball in from 1 out on the first drive of the game to give Coffee County the early lead.  The offense stalled the rest of the half as the Red Raiders went down 20-7 going into intermission.   Coming out of the locker room, Coffee County played inspired football in the second half.

The Raiders recovered an onside kick and scored on another long Luttrell to Martin strike.  After another White County score, Elijah Clemmons took the ensuing kickoff return to the house.  The defense forced a White County punt and Tristan Galey scored from 40 yards out to cut into the White County lead.  Galey added another touchdown as the Red Raiders took their only lead of the game 33-28 in the 4th quarter.  After a costly Red Raider fumble, White County was able to grind out a long drive to retake the lead.   A late interception by White County sealed the Raiders’ fate.

The freshman football team will travel to Sparta next Monday night for a rematch against the White County freshmen.  Opening kick is set for 7 PM.