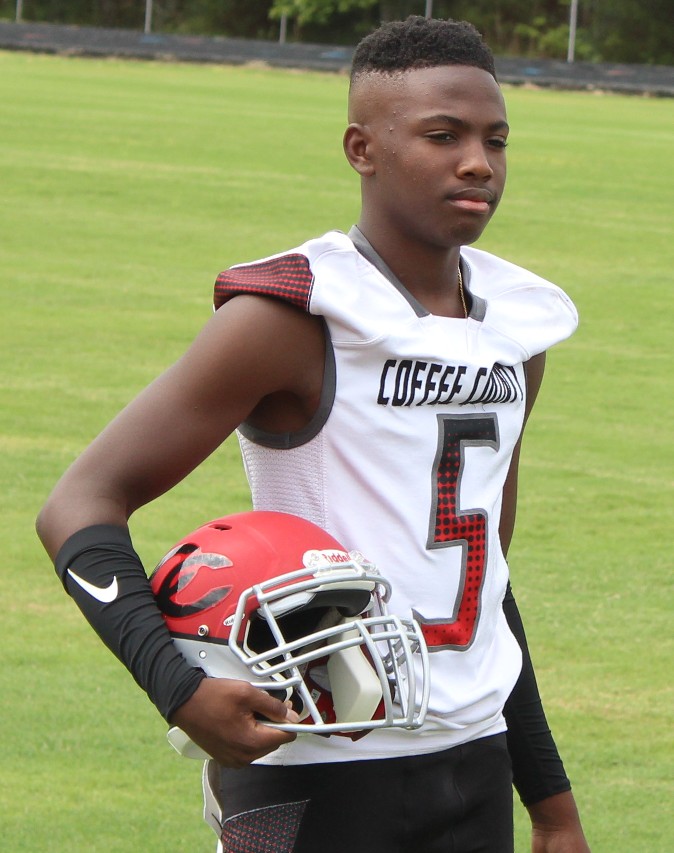 The Coffee County Central High School football team traveled to Ooltewah Tuesday for their first 7 on 7 football scrimmage action of the summer. The Red Raiders were playing seven-on-seven for the first time in five years. Head coach Doug Greene was pleased with the effort of his team but admited that his team needs experience in “decision-making and footwork.”

The Red Raiders played four games in the seven-man format which does not use interior lineman. Greene was pleased with the play of quarterback Connor Shemwell as he had a few good passes downfield. CJ Anthony caught two touchdown passes on post routes on the day and Kelvin Verge had a couple of good catches as well. Greene also called out the performance of Colin Ward at the tight end and linebacker position. “Our defense ran to the ball really well and kept leverage all day long” said Greene.

The Red Raiders will travel to Lynchburg on Wednesday for an hour of work with Moore County beginning at 8 a.m.. Greene described Wednesday’s session as low key where the Red Raiders will get to see and work against another team. Coffee County will play host to Lincoln County at 5:30 on Thursday afternoon on the CHS practice field in 7 on 7 action.