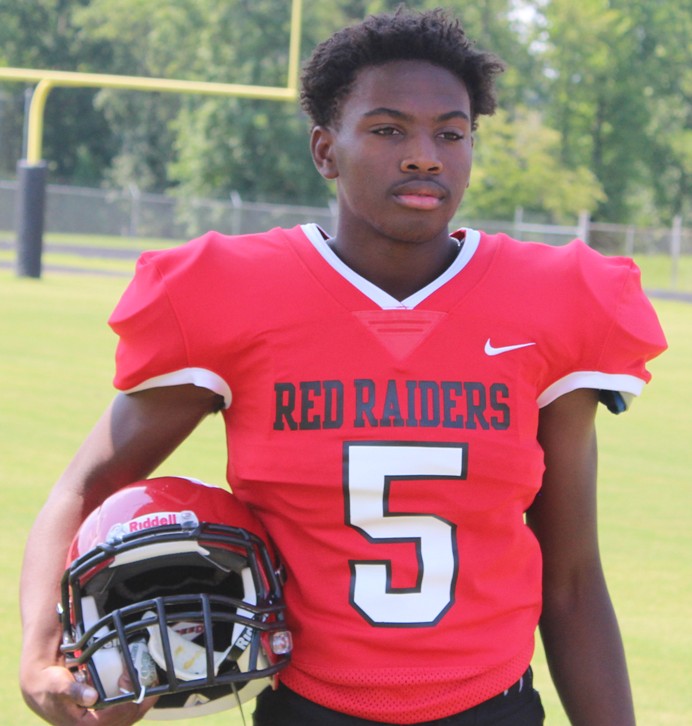 Opening region play on Friday night, the Coffee County Red Raider football team welcomed Blackman to Carden-Jarrell Field.   A young and hungry Red Raider squad was looking to match up against one of the preseason region favorites as each team was looking for their 1st win of the year.  Blackman pushed the tempo from the opening drive and raced out to a 23 to 0 lead in the 1st quarter to set the tone as they went on to win 65 to 0.

The bigger and faster Blaze from Blackman built a 44 to 0 halftime lead as they scored on the ground, through the air, on a safety and on a fumble recovery.  The physical game saw Coffee County lose starting quarterback Connor Shemwell to injury in the first half and starting outside linebacker Blanton Brown in the 2nd half.  Additionally, a handful of Raiders missed portions of the game due to injuries suffered on the night.

Statistically, the margin between the teams in yardage was comparable to the scoring margin as Blackman outgained the Raiders 550 yards to – 8.  Marshall Haney led the Raiders in rushing with 16 yards on 10 carries.  C.J. Anthony caught one pass for 10 yards and added around 80 yards in kickoff returns on the night to be named the Mid Tenn Turf Most Valuable player for the Raiders.

Coffee County will enjoy a bye on Friday night as September 13th serves as the open date on their schedule.  The JV and freshmen football teams will travel to Murfreesboro on Monday night to take on Rockvale.  The JV game is slated to kick-off at 5 PM with the freshman game to follow at 6:30 at Rockvale High School.