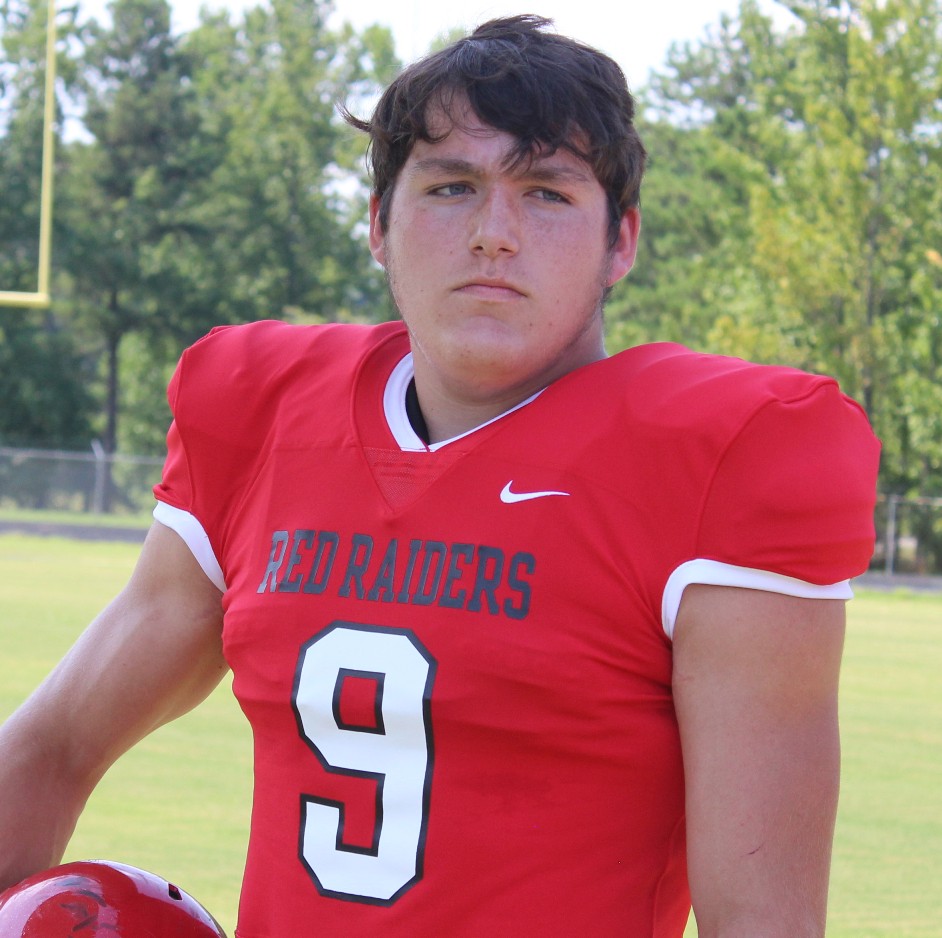 The Coffee County CHS football team traveled to Maplewood on Friday night for their final non-region game of the year.  In a battle of defenses, the Red Raiders could not take advantage of great field position all night as they struggled with horrible weather conditions.  Maplewood got a pair of 2nd half touchdowns to grab a rain-soaked 14 to 8 win over Coffee County.

In a driving rain in the first half, Coffee County started all 5 of their drives in Maplewood territory but could only manage one touchdown on offense.  The Raiders moved to the 12 yard line on their 1st drive before turning it over on downs.  On the 1st offensive snap for Maplewood, the wet football squirted past the quarterback on the snap into the end zone where Collin Ward tackled the running back for the safety and a 2 to 0 lead.  Coffee County scored their lone touchdown on an 8 play drive that began at the Maplewood 11 yard line in the 2nd quarter.  Matthew Pittman squeezed in on 4th down from the 1 yard line for the score and the extra point attempt into the wind sailed wide to give Coffee County an 8 to 0 lead at the half.

Maplewood got their 2 touchdowns in the 2nd half thanks to a pair of big plays.  A jet sweep with 6:16 to go in the 3rd period resulted in a 78 yard score for the Panthers, but the missed extra point made the score 8 to 6.  On the next drive, a 56 yard run gave Maplewood a 1st and goal at the 1.  Coffee County held the Panthers out of the end zone until 4th down before Alex Broome of Maplewood scored his 2nd touchdown on an 8th yard run .  The 2 point conversion was good as Maplewood took their only lead with 10 minutes to go in the game.  The Panther defense stifled Coffee County in the 4th quarter and held on for the win.

The Raiders were held to 145 yards of total offense in the game, including 67 yards in the 1st half.  Pittman was the leading rusher for Coffee County as he carried the ball 20 times for 86 yards.  Marshall Haney had 12 carries for 39 yards.  Connor Shemwell was 3 of 14 passing in the miserable weather conditions for 20 yards.  For his heads up play on the safety, Collin Ward was named the Mid-Tenn Turf Most Valuable Player.

The Red Raiders are on the road again next Friday as they travel to McMinnville to take on Warren County.  The game will kick off at 7 PM at Warren County Middle School.  Thunder Radio’s live coverage will begin with the Friday Night Thunder Pregame Show at 6 PM.