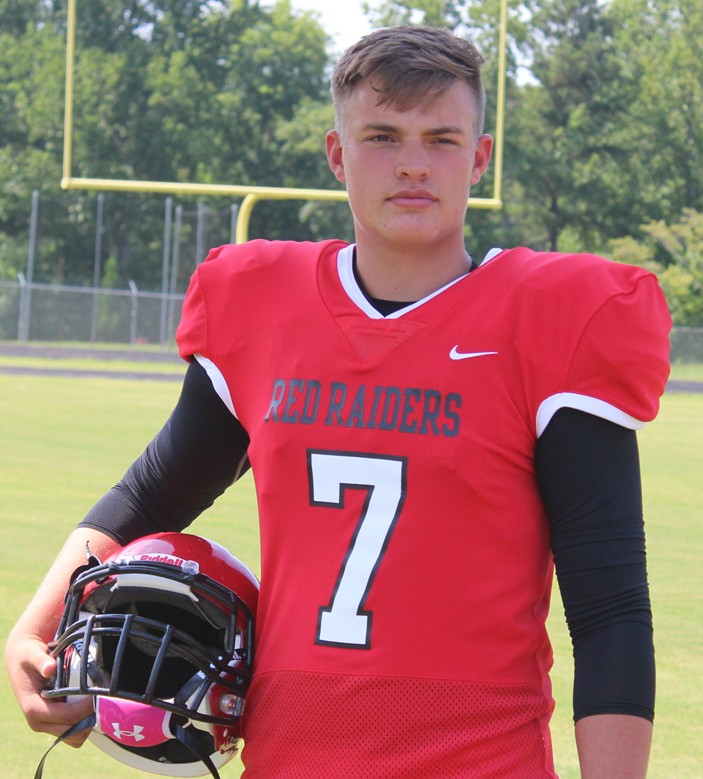 The Coffee County Red Raider football team ended their season on Friday traveling to take on Riverdale.  Despite a strong defensive performance in the 2nd half, the Red Raiders were held scoreless on the night.  Riverdale blanked the Red Raiders 31 to 0.

Riverdale raced out to a 24 to 0 halftime lead including a 38 yard field goal on the last play of the 1st half.  Riverdale took the 2nd half kickoff and drove 60 yards on 12 plays to score a touchdown with 6 minutes left in the 3rd quarter.  After that drive, the Red Raiders held the Warriors to 67 yards the rest of the game.  Coffee County got inside the Riverdale 30 yard line in both of their 2nd half drives but could not get on the scoreboard.

Connor Shemwell threw the ball 13 times as he completed 6 passes for 75 yards.  C.J. Anthony was the leading receiver as he had 4 catches for 57 yards.  Matthew Pittman was the leading rusher as he finished with 32 yards on 14 carries.  For his performance, Shemwell was named the Mid Tenn Turf most valuable player of the game.