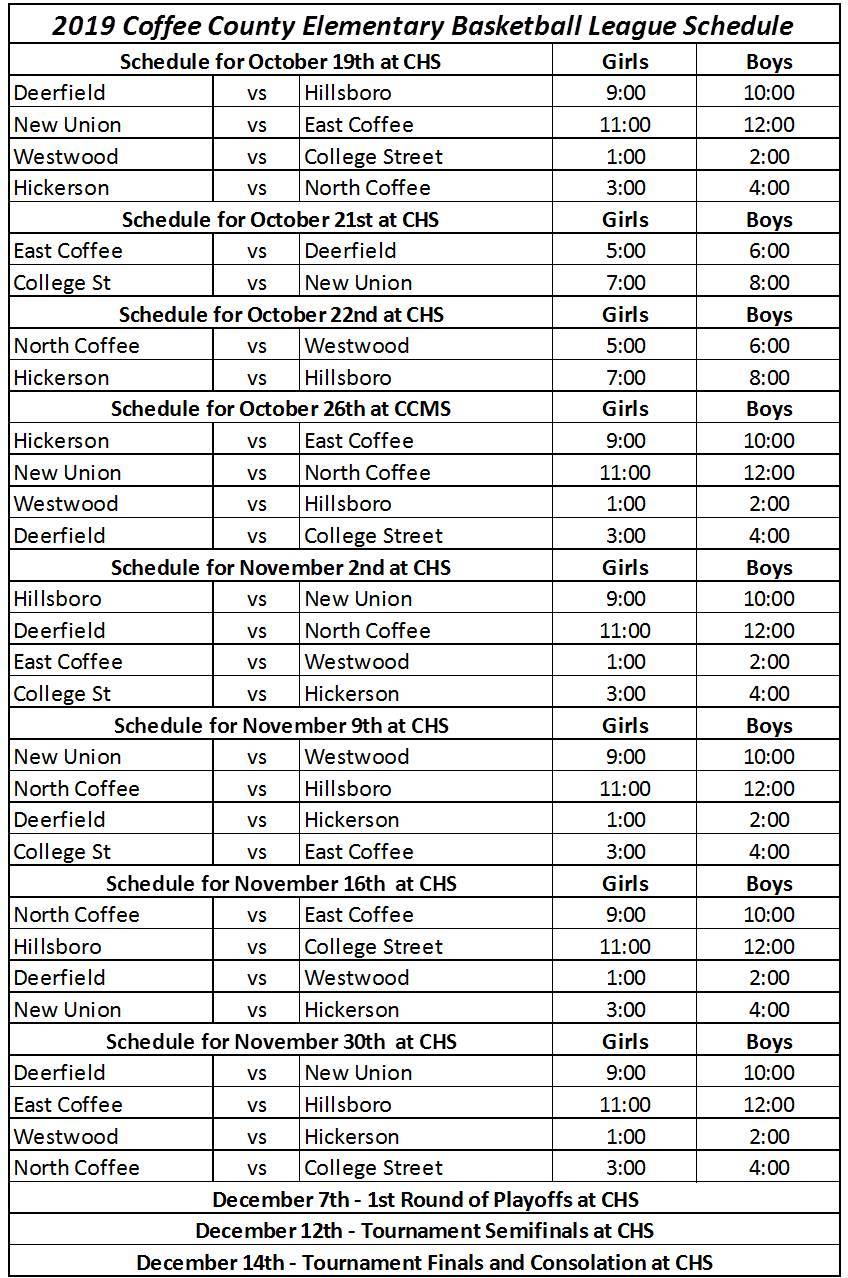 Coffee County’s Elementary Basketball League is set to begin its 47th season on Saturday.  The 8 team league, originally contested among Coffee County School System teams began in 1972 with 6 teams.  With the addition of the Manchester City School System elementary teams, the league features 8 boys’ teams and 8 girls’ team representing the 8 schools.   The league is hosted by the Coffee County Central High School basketball teams and games are played at the Joe Frank Patch Memorial Gym.

This year’s games begin on Saturday, October 19th at 9 AM.  The regular season will end on December 1st.  This year’s postseason will be completed prior to Christmas as the championship games are scheduled for December 14th.