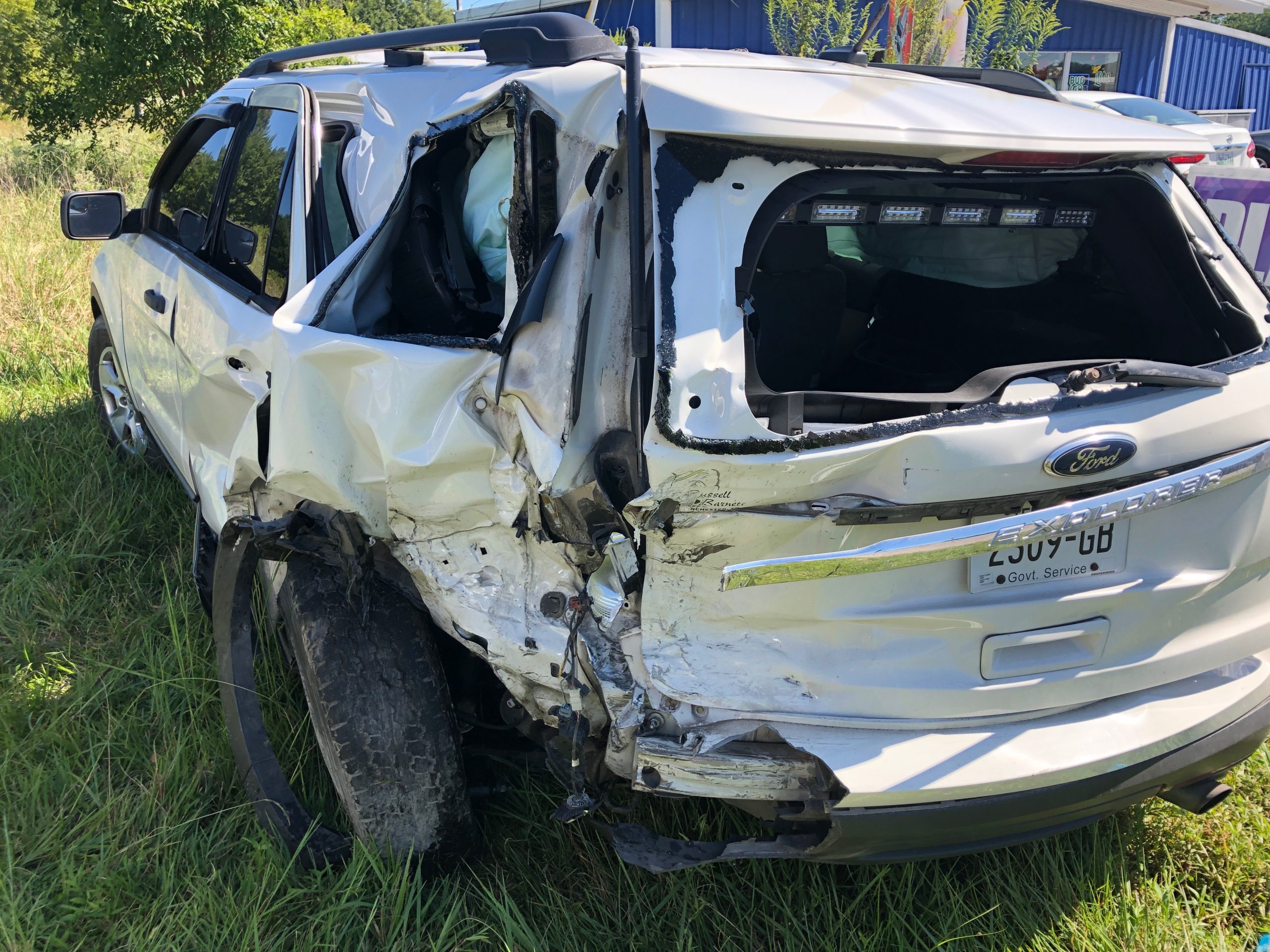 According to Coffee County Sheriff Chad Partin, Hassan Peterson, who serves as the SRO at Coffee Middle School, was on his way to deliver papers in relation to an extra-curricular program on State Highway 55 when he saw debris in the highway near Adams Market.

According to Partin, Peterson stopped in the road and activated his emergency lights to get out and remove the debris. It was at this time that he saw another vehicle speeding toward him. Peterson realized that vehicle would not stop, he jumped back into his patrol vehicle and when he did, the other mini van slammed into the rear of his service vehicle.

According to Partin, the driver was female with a toddler child in the car. Peterson was transported to Unity Medical Center by captain Billy Butler to be checked and to go through proper accident protocol. A family member of the other driver transported them to the hospital. Partin said that the Tennessee Highway Patrol is investigating the accident and we will report more information as it becomes available. Partin added that both vehicles are most certainly totaled.