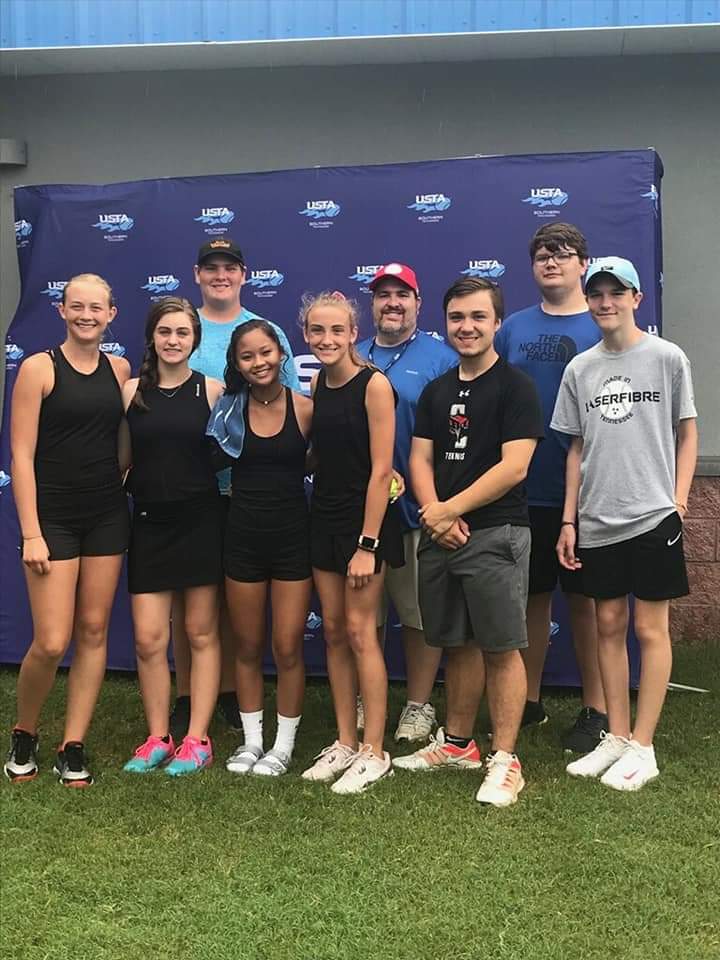 A trio of Coffee County CHS tennis players competed this past weekend in the Tennessee Junior Team Tennis State Championships in Murfreesboro.  Ben Davis, Jaden Talley and Lauren Perry each competed in the 18U Intermediate Division.  On the weekend, each finished with a winning record.

Davis, a rising senior, and Perry, a rising sophomore, competed for Team True Blue based out of Murfreesboro.  Perry was 3 and 1 on the weekend and Davis was 2 and 1.  Their team finished tied for 2nd in their pool and missed advancing to the championship round via the tiebreaker.  Davis lost in men’s doubles but picked up straight set wins in singles and mixed doubles.  Perry was 1 and 1 in mixed doubles and got straight set wins in singles and ladies’ doubles.

Talley, a rising junior, competed for Murfreesboro Quality Service.  Jaden finished the weekend with a 3 and 1 record helping his team finish 3rd in their pool.  Talley got a straight set win and a 3 set loss in men’s doubles action.  Talley won in straight sets in singles play and gutted out a 3 set victory in mixed doubles.