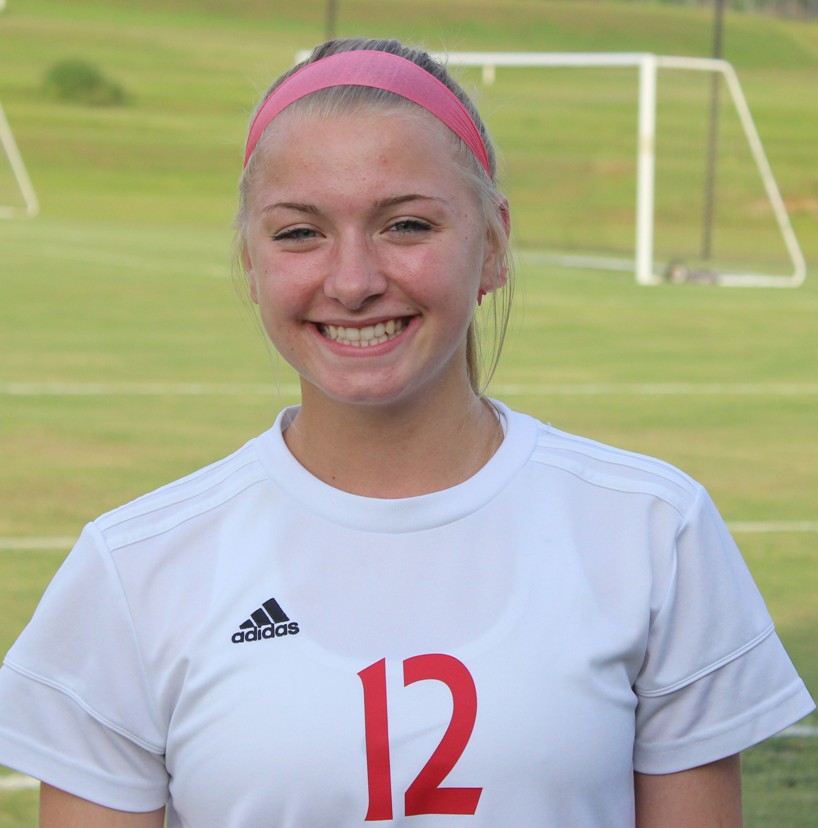 The Coffee County CHS soccer team welcomed Warren County to the Raider Soccer Field on Monday night for a non-district battle with their McMinnville rivals.  In a match you heard here on Thunder Radio as part of the 1st National Bank Hometown Sports Series, the 2 teams engaged in a hard fought, physical contest that came down to the wire.  The Lady Raiders scored 2 goals in the final 7 minutes to claim the 4 to 3 win.

Coffee County got on the board in the 16th minute as the Lady Raiders dominated play in the opening 20 minutes.  Maddy Jones dribbled in from the right wing and drilled home the opening goal for Coffee County.  Warren County gathered the momentum and dominated play in the final 20 minutes of the first half.  They tied the match in the 36th minute off a scramble for the loose ball in front of the net resulting from their 7th corner kick of the half.  The Lady Pioneers continued that momentum in the first 20 minute of the second half as they stretched the lead to 3 to 1 after goals in the 48th and 51st minutes.  But Jones made another spectacular individual play in the 59th minute to end the Lady Raider scoring drought as she found the back of the net for a 2nd time.  Jenna Garretson tied the match in the 73rd minute off a feed from Jones as Coffee County continued to outwork Warren County in the final 20 minutes.  Katie Cotten went near post for the game winner in the 75th minute off an assist from Britney Hernandez.  Alanna Coker started in goal for the Raiders and had 7 saves in the 1st half.  Madison Rooker played the 2nd half between the pipes and gathered in 8 saves.

The Lady Raiders are back at home on Tuesday night as they return to district play with a match against Shelbyville.  Thunder Radio will be there to bring you all the action as part of the 1st National Bank Hometown Sports Series.  Opening kick is set for 7 PM, we begin live coverage with the pregame show at 6:50.