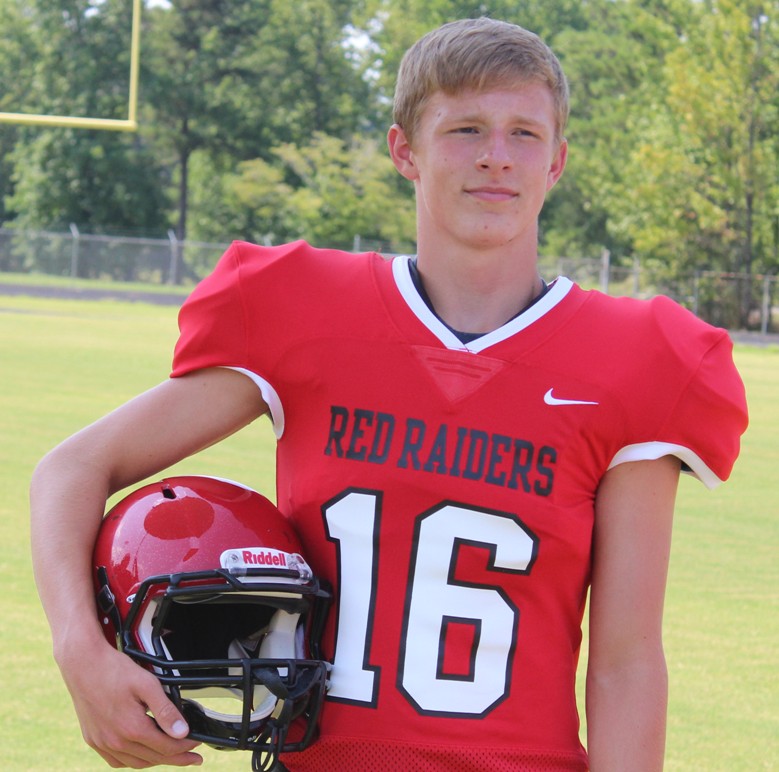 The Coffee County Central High School JV and freshmen football teams welcomed Franklin County to Carden-Jarrell Field on Monday night.  After a day of wet weather, the rain held off long enough to get in the doubleheader.  The JV team lost 6 to 0 while the freshmen fell 27 to 7.

In the JV game, the Rebels took the opening drive down the field and scored the only touchdown of the contest.  The Raider defense gave a strong showing and got a huge stop late in the game.

The freshman squad fought hard to hold the highly regarded Rebels in check in the first half as they trailed at intermission 7 to 0.  In the second half, Franklin County used several big plays to add 3 scores.  Nate Luttrell had the Raider touchdown on a 2 yard quarterback keeper and Ian Weldon added the point after kick.

Luttrell finished the game with 58 yards passing with 47 of that coming to his favorite receiver Trevor Martin who caught 4 passes for 47 yards.  Tristan Galey was the leading rusher as he rolled up 94 yards on 10 carries.  Konor Heaton had 8 carries for 35 yards before a 1st half injury forced him to sit out the rest of the game.

The JV and Freshmen teams will travel to Tullahoma on Monday.  The JV game will begin at 5 PM and the freshmen are set to kick off at 7 PM.