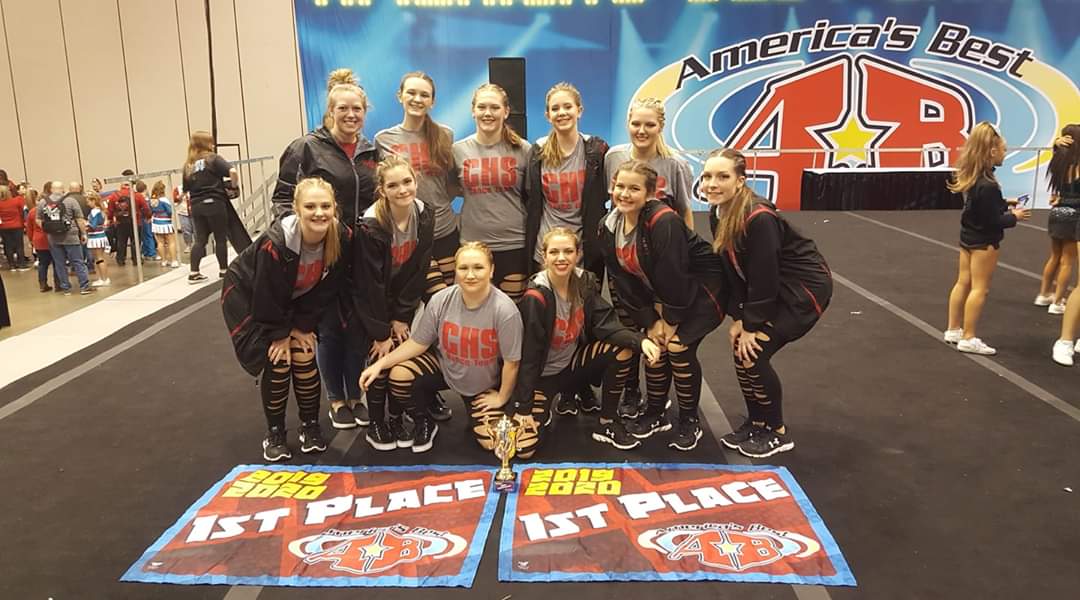 The Coffee County CHS Dance team traveled to Huntsville on Saturday for their final competition of the season.  Competing in the America’s Best Dixie Championships the Raiderettes came home with a pair of 1st place finishes and a Best Performance Award.

Head coach Ashley Kraft was proud of her team’s performance.  “The performance of both routines on Saturday was the best they had done all year. I was jumping up and down and clapping for them backstage after each one due to being so proud. Everything that had to hit and look good, did.  It was just our day and their hardwork completely paid off” said Kraft.   Kraft went on to say “The overall progress this year has been incredible. I had 11 girls to start that couldn’t do basic turns, leaps, etc. I really pushed them to work hard and not give up. It paid off tremendously. They are performing basic skills plus more now, and I think these awards this past Saturday show that. I can’t wait to see how much further we progress next year.”  Tryouts for the 2020-2021 season will take place later this month.