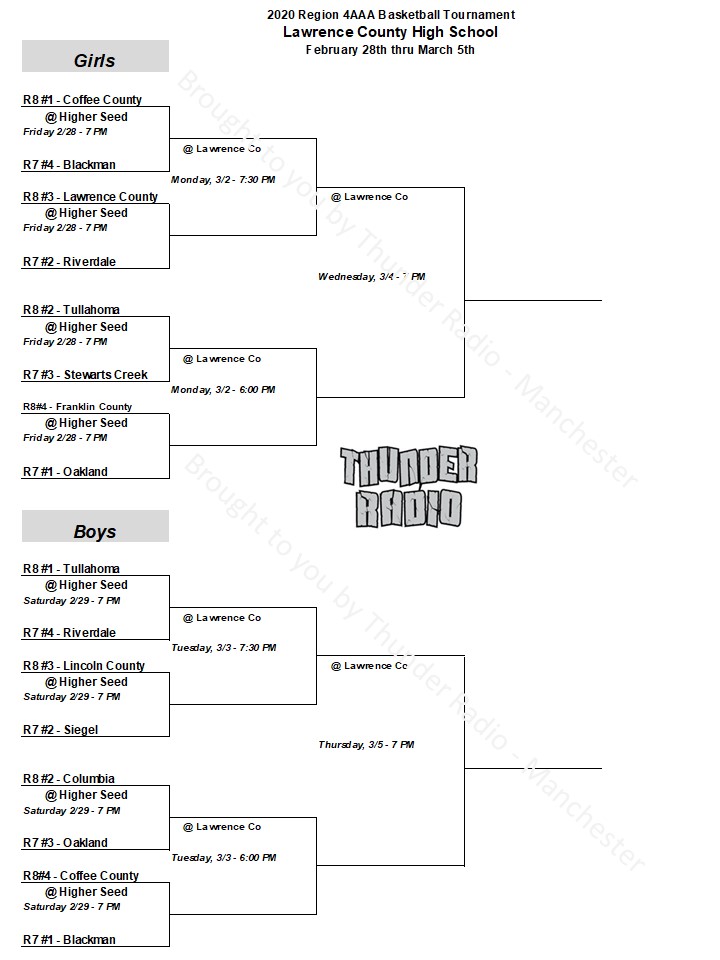 The Lady Raiders, who finished in 1st place in the District 8AAA regular season and in 1st place District 8AAA tournament, will host the Lady Blaze at 7 PM at the Joe Frank Patch Memorial Gym.  The Lady Blaze finished the regular season as District 7AAA’s #1 seeded team as they finished with a 14 and 0 record in the district.  The Lady Blaze lost to Oakland and Stewarts Creek in the District 7AAA tournament to be the 4th seeded team in the Region Tournament.  When contacted by Thunder Radio on Tuesday, Coach Joe Pat Cope had this to say about the home court advantage the Lady Raiders gain by playing at “The Patch”.

On Wednesday, we will talk to Red Raider head coach Micah Williams.