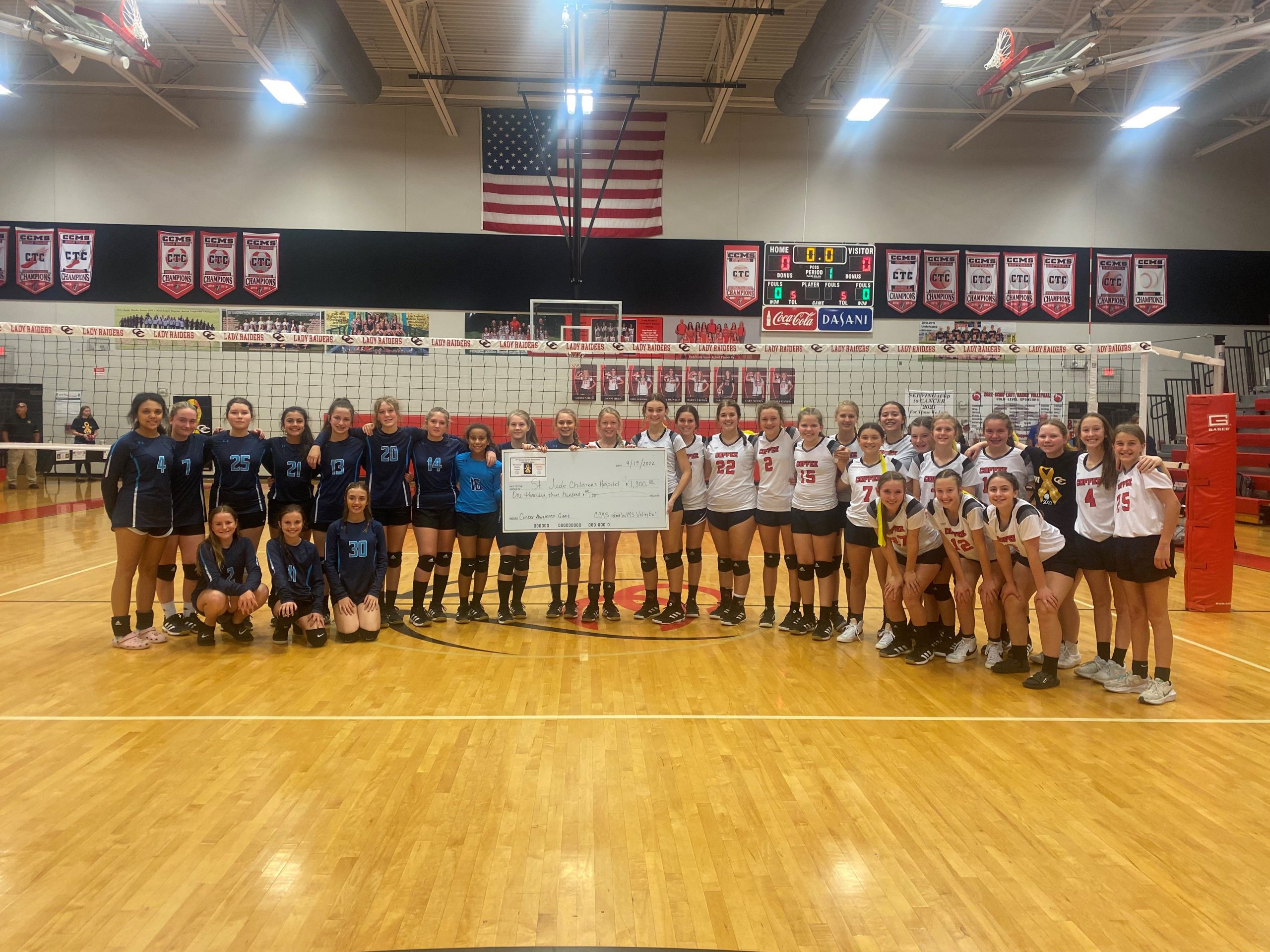 Westwood and Coffee Middle pose with a $1,300 check to St. Jude's Children's Hospital after the two teams met on the volleyball court Monday, Sept. 19, 2022. -- Photo by Josh Peterson, Thunder Radio

Westwood volleyball kept things tight for one set against Coffee County at CMS Monday night, but the Lady Raiders eventually pulled away for a 2-0 win, 25-21 and 25-15.

The win for Coffee County completes the season sweep of Westwood.

In the first set, Coffee Middle led throughout but Westwood tied the set six different times, including as late as 20-20, but could never push through and take the lead.

Meanwhile, Westwood jumped in front 4-0 in the second set and led 10-7. But the Lady Raiders took their first lead at 11-10 and never gave it up.

Both schools teamed up for Cancer Awareness night, raising funds for St. Jude’s Children’s Hospital. Together, both teams and spectators raised $1,300 for the cause, surpassing their goal of $1,150.