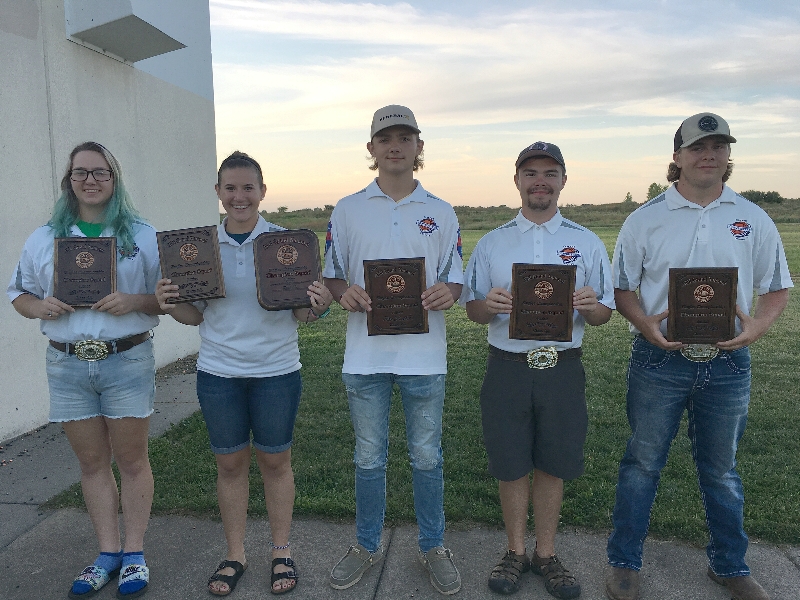 The most successful prep sports team in Southern Middle Tennessee added another national title to their championship pedigree.  The Coffee County Claybusters earned a team title and a pair of Top 3 finishes on Tuesday in the American Trapshooting Association(ATA) AIM Grand American World Trapshooting Championships in Illinois.  All 3 teams and 3 individuals competed in the AIM Singles Championship shooting 100 targets a day on Monday and 100 more on Tuesday.

The Claybusters Team #1 captured the Junior Division national title as they shattered 972 targets out of 1000.  Leading the Juniors was Hayden Jacobs who shot 197 clays.  Colter Smith was right behind him with 196.  Tucker Carlton shot 195, Victoria Majors shattered 193 and Cheyenne Martin finished with 191 as each shooter had at least 2 perfect 25 rounds.

Claybusters Team #2 finished in 2nd place in the Sub-Junior Division Class AA with a final score of 952.  Team #2 was led by twin brothers Landon and Logan Meadows who each dropped 194 clays.  Garrett Taylor was right on their heels after shooting 192 clays.  Riley Bellomy shot 188 and Emma Mathews dropped 184.

Individually, Alexus Stacey shot a 179 as a Junior Class B shooter.  Jacob Anderson  had a 171 as a Pre-Sub Junior Class A shooter and Emily Deford shot 163 in the Junior Division Class D.