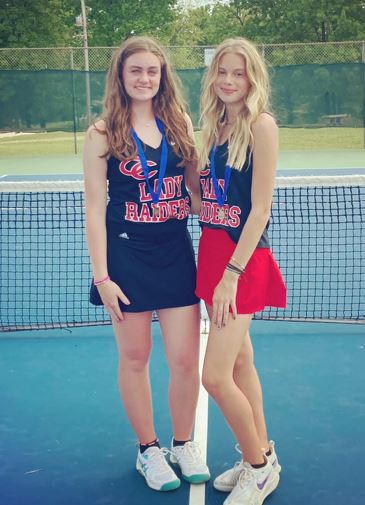 Coffee County Central tennis team showed out at the district tournament Thursday, May 5, 2022 in Shelbyville.

The doubles team of Lauren Perry and Rylea McNamara were crowned doubles district champions for the second year in a row.

McNamara, Patel, Brown and Nelson were all selected to the all-district team. Perry was named District MVP.

Everyone advances to the region tournament.