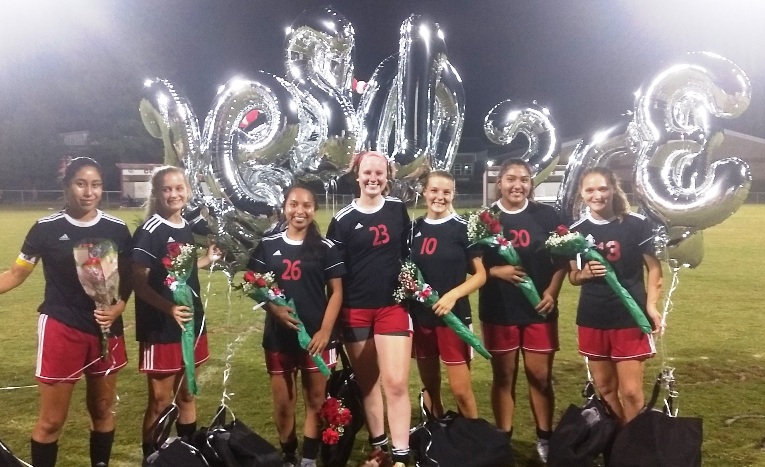 The Coffee County CHS soccer team played host to Central Magnet on Thursday for Senior Night.  Taking on a strong Lady Tigers team in a non-district match, the Lady Raiders suffered their first loss in more than a month.  Coffee County fell by a final score of 3 to 2.

The Lady Tigers got on the board first in 15th minute when they drilled a free kick just under the crossbar to take a 1 to 0 lead.  They added a 2nd goal in the 18th minute on another high shot.  Katie Cotten drilled a shot off the post in the 20th minute as the Coffee County offense began to gain some rhythm.  Maddy Jones got the Lady Raiders on the board in the 28th minute as she redirected a Reyna Flores corner kick into the back of the net to cut the deficit to 1 going into the half.

Central Magnet got a goal 13 minutes into the 2nd half as they completed a long through pass to give their forward a one on one against Coffee County keeper Lucy Riddle.  10 minutes later, Madison Rooker made a great individual play to cut the deficit to 3 to 2 in the 63rd minute.  The Lady Raiders had several other scoring opportunities down the stretch but could not notch the equalizer.