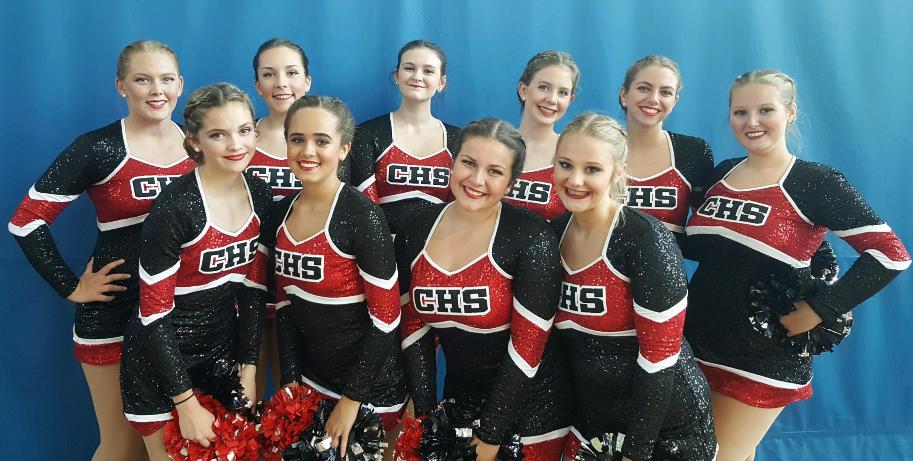 The Coffee County CHS dance team closed out a 4 day camp on Thursday at the University of Alabama-Huntsville.  The Raider dancers, coached by first year head coach Ashley Kraft had a strong performance at the Universal Dance Association Camp.  The dance team received several team honors and a one dancer was named as an All-American.

The team opened competition on Monday with a 5th place finish in the “home pom” routine receiving a Blue Superior ribbon, the highest ribbon awarded.   The team won the spirit stick and was nominated by their peers on Day 3 of camp to receive the Super Spirit Stick.  They received the highest ribbon (Blue Superior) for their team performance dance and received the highest trophy (Superior) for their individual dances.  The performance qualified them for UDA Nationals in Orlando, FL and gave them an automatic invitation to perform in the Citrus Bowl.

Senior captain Elizabeth “Lizzie” Freeze was named a UDA All-American for the Raiderettes.  Freeze, one of 2 seniors on the squad, qualified to perform in Rome, Italy for their New Year’s Day parade.  The Raiderettes perform at Coffee County football and basketball games.