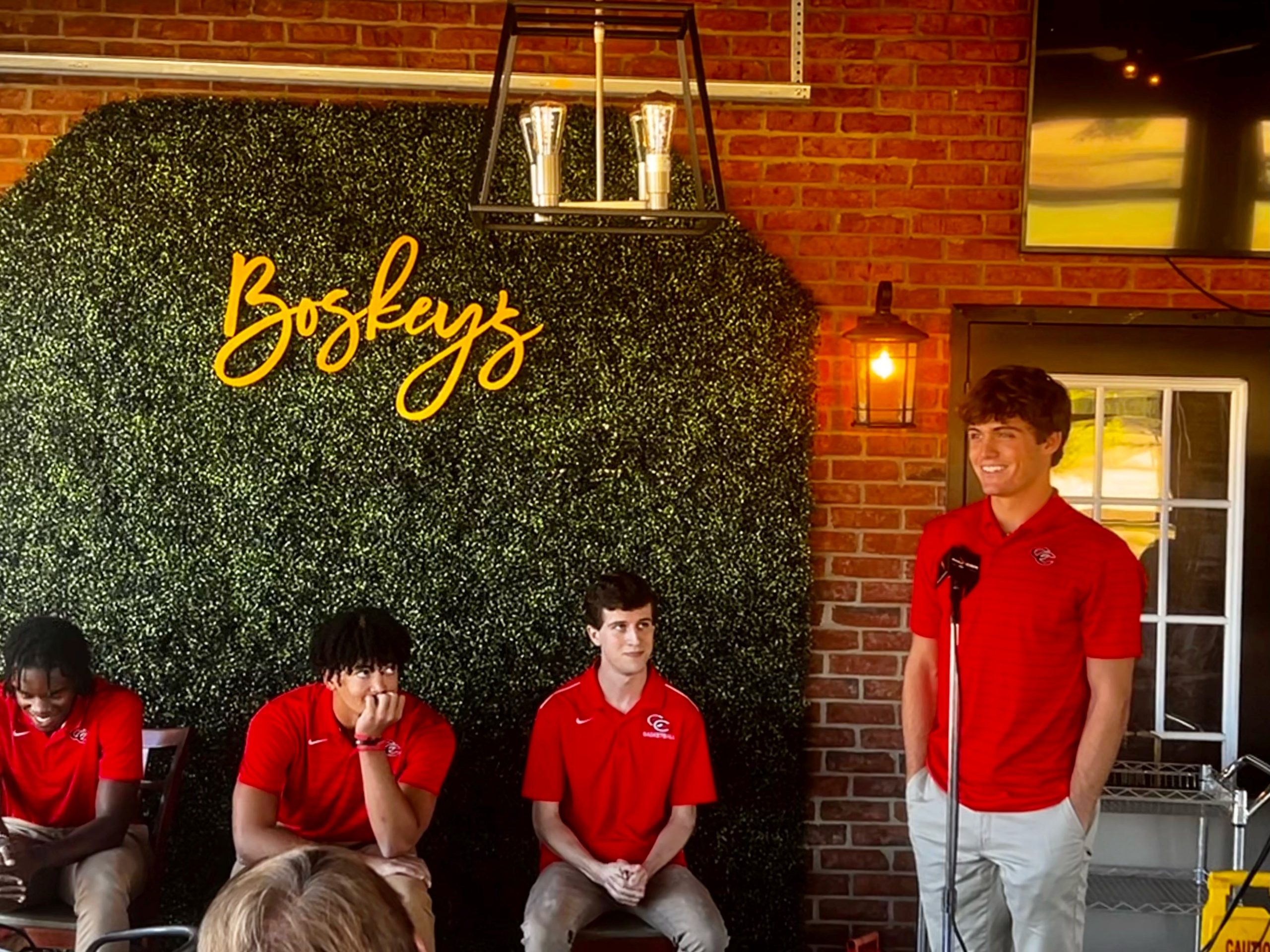 And that feeling permeates across the entire district.

Media, coaches and players gathered on Thursday at Boskeys Grille in Coffee County to speak, answer questions and vote in preseason polls.

“I think it’s great to have the respect of everyone and the expectation that we are supposed to win this district but it just doesn’t mean anything,” said CHS Lady Raider head coach Joe Pat Cope, whose Lady Raiders have won 5 consecutive district championships. “You don’t win these things on paper. We have a tough district. We know Warren County is a top 10 team in the state, Shelbyville is getting better every year and nearly got us last year at their place. We have to bring it every night and win games on the court.”

“We want to get to state (tournament) and win it,” said Ruehling, who will be on of four seniors for the Lady Raiders on the floor this fall – along with returning district MVP Chloe Gannon, Alivia Reel and Rockvale transfer Emaleigh Tarpley. The Lady Raiders were two wins shy of a state tournament last year, falling to McMinn County in the region semi-finals.

“We have a freshman who is going to probably going to start for us some this year too, Natalie Barnes, a real hard worker, gym rat,” added Cope.

Meanwhile, coming off their first run to the state tournament since 1965, expectations remain high for the Red Raider boys team, despite returning just one starter.

“I’m standing up here in the same position I was last year – with one returning starter,” said CHS head coach Andrew Taylor.

Of course that is a big starter – returning Region 3-4A MVP Dayne Crosslin, who averaged 12.5 per game during his junior campaign. The Raiders also added transfer Deion Subaran, who has signed to play college ball at Bryan College. Subaran is a tall point guard and fills a void for the Raiders.

Senior Jahlin Osbourne is expected to handle the paint for the Raiders and Treyton Williams gives CHS depth at guard.

“I’ve been working (in the offseason) at handling the ball under pressure,” said Williams. “I’m here to do what the team needs me to do.”

SILVER PACKAGE: Cost is $100 and includes a season ticket good for all regular season home games and you pick the location of your seat. Your name will be laminated on your seat location for the season.

GOLD PACKAGE: Cost is $150 and includes everything in the silver package and you also receive a Red Stadium Chair with “CC” on the back.

HOSPITALITY ADD ON: All season-ticket holders have the option add the “Raider Hospitality Room” to their package for an extra $50. Hospitality room will be available at all regular season home games, allowing you to bypass fixing dinner and eat delicious dinner at the gym instead.

How To Purchase: Join the Raiders and Lady Raiders for a season ticket sales event from 2-4 p.m. on Sunday, Nov 6 at Joe Frank Patch Memorial Gymnasium (100 Red Raider Dr.).

The Lady Raiders have a packed schedule, including a trip to New Hampshire and home non-district matchups with tough opponents like Blackman, Riverdale, Tullahoma and Lincoln County. The Lady Raiders will also go to the Bradley County Thanksgiving Tournament, looking for a rematch with McMinn County, the team that eliminated them from the postseason last year. The Lady Raiders were scheduled to host Rockvale on Nov. 15, but that game has been cancelled.

“We always want to schedule as tough as we can,” explained CHS head girls coach Joe Pat Cope, entering his sixth season. “We want our girls to be prepared for the postseason. We want to get through that region and punch our ticket to Murfreesboro. We use the regular season as a measuring stick and an opportunity to improve our team and our depth.”

The Raider boys will also feature a stacked schedule that will bring quality opponents to Manchester, including Page, York, Blackman, Bearden and Lincoln County, among others.

“This may be the toughest schedule we have had,” said Taylor.

The Raider boys will be hosting the first Dusty Elam Classic over Thanksgiving break.

Both teams will not begin district play until January 17 when Shelbyville comes to town. One change this year in District 6-4A is that each team will play twice instead of three times like last season.