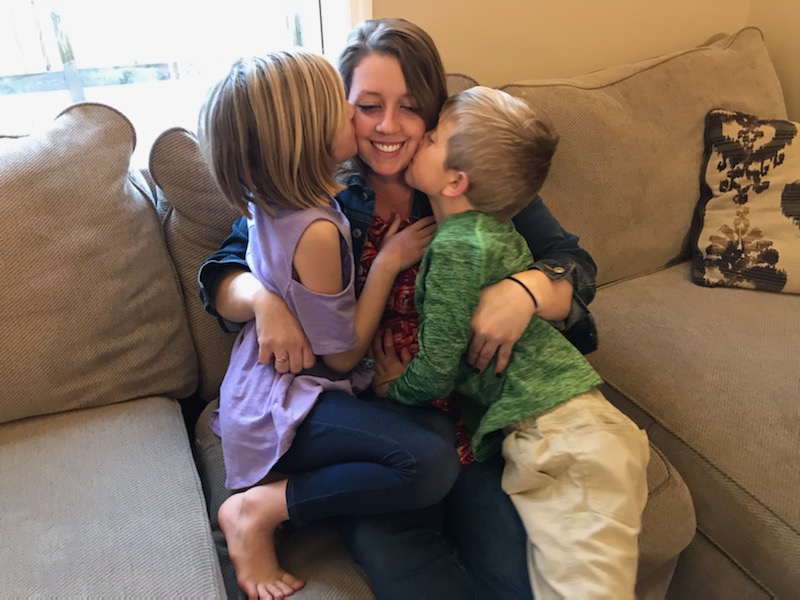 With the confidential nature of child abuse cases, lack of awareness is the biggest challenge related to fighting the problem. Stigma, misconception that child abuse doesn’t exist, and lack of faith in victims lead to the cycle repeating over and over. But the community can smash child abuse, according to local agencies fighting the issue, and you can help by:

1. Raising awareness – share the stories.
2. Learning about child abuse and its effects– read about the issues and discuss with family and friends.
3. Reporting child abuse – state law mandates anyone suspicious of child abuse to report it.
4. Last year, of the 347 referrals received for services in Coffee County, 40% of the children were 6 years old or younger, 36% between the ages of 7 and 12, and 24% were between 13 and 18, according to Prusak.

While some children fear “pretend” monsters hiding under the bed, others dread real monsters living in their homes. Jennifer was 6 when horror became reality. Instead of finding safety and comfort in her home and parents, she found terror. She lost hope. As a child, she pleaded for help, but no one believed her.

When she was a child, Jennifer Smith, now 34, suffered sexual, physical, mental and emotional abuse from her parents and uncle.

“My dad was abusive,” Smith said. “My mom was abusive emotionally and mentally. My mother stayed with my father and allowed those things to happen.”

As a child, Smith asked for help, but she found no support.

“I remember trying to reach out for help when I was 14,” Smith said. “My parents tried to keep me out of school because my dad had beaten me so bad one night (people could see the bruises). I wrote a letter to my friend next door – his dad was a police officer.”

That letter triggered a futile investigation. Authorities questioned the family.

“They questioned all my sisters – six of them – and my mom, and everyone lied for my father,” Smith said. “(Authorities just) told my parents they had to send me back to school.”

When she was 17, she again wanted to reveal the abuse.

“I opened up about what happened to me, but no one believed me,” Smith said. “I was abandoned and neglected after that, and nobody wanted anything to do with me…So I had two situations where I wasn’t believed by anybody, and that crashed my voice even more.”

When a child asks for help and is not believed “that crashes them and takes their trust away,” said Smith.

“That makes them continue to feel unheard and unsafe,” she said. “I had nobody to turn to except the next abuser. You try to reach out for help, and you get shut down. You don’t have anyone to reach out to, and that sets you up to be a target for the next abuser. And then you become an adult and you’re trapped in an abusive relationship. And you’re afraid to speak out, so you never reach out.”

Smith left her family when she was 17.

“Right after that, I went with the guy that became my abuser,” she said.
That relationship lasted 14 years.

She has asked herself often why she became trapped in the same situation she was trying to escape, said Smith.

“He said all the right words,” she said. “He had learned about me and said he wouldn’t let anybody hurt me.”

“I was very protective with them,” Smith said. “I didn’t want them to go through what I did. I tried to spend time with them constantly and give them magical holidays. But they witnessed and heard some of the things he would do to me, and that’s still bad and traumatizing. I knew I couldn’t let that happen and repeat the same (mistakes) my mom did. That’s what got me to the point that I have to get out (of that relationship), or my children will go through the same things I did.”

Trying to break the cycle and provide a safe future for her children, Smith started to look for programs.

“I knew I needed healing,” Smith said. “I was diagnosed with chronic PTSD.”

Studies show that “80% of 21-year-olds who reported childhood abuse met the criteria for at least one psychological disorder,” according to childhelp.org.

“I knew there would have to be more in life for me than that,” Smith said. “I was turned down for program after program. I kept trying. I would freeze up on people. I wouldn’t speak. A year ago, I wouldn’t be talking about that – I would be in an episode if I tried to.”

“We’ve been here (for 13 months), and I have no flashbacks and no episodes,” Smith said.
Smith now wants to help others find healing and strength.

“I want to be able to help people to speak out,” Smith said. “My purpose will be speaking and helping others speak. (Victims of abuse) have to speak and be heard.”

“Look for the signs,” she said. “Look into it. Don’t doubt it. If there’s not much you can do to get them out of the situation, be a voice for them. Be a voice of encouragement and a light in their life. Be someone that’s there, so they can look forward to talking to you and they can trust you. Having that encouraging voice is really helpful and will give children hope, so they don’t give up.”

Smith will raise her children with love and devotion. She had to put her talents and dreams on hold for three decades, robbed by the abusers.

Smith has forgiven her mother.

“Now that I’ve been working on my own journey of healing, I know my mother never had that healing, so I don’t blame her anymore.”

Now, Smith is enjoying life and developing her talents.

“I’ve been singing since I was 8, but my dad used to put that down a lot,” Smith said. “I write country and Christian music,” Smith said. “I wrote a song for Blue Monarch. I sang it at the banquet, and it was a blessing to do that.”

With the help of Blue Monarch, Smith is no longer a victim – she’s a caring mother, singer-songwriter, and advocate. Smith wants to use her voice to reach victims of abuse and to encourage them to speak out. She wants the community to know child abuse is real and that people must pay attention, look for red flags, believe children and report child abuse.

Smith has a message for perpetrators: The community can break the cycle of child abuse in society, just as she is breaking the cycle in her family. Smith is raising her children in a safe environment, with love, support and protection.

“Jennifer has been at Blue Monarch for over a year,” said Kate Cataldo, operations director for Blue Monarch. “Jennifer is a very strong, courageous and determined mother with two wonderful children, who is using her story to fight abuse and help children.”

(PICTURED AT THE TOP OF THE PAGE: Jennifer Smith hugs her children, Debra and Dale.)