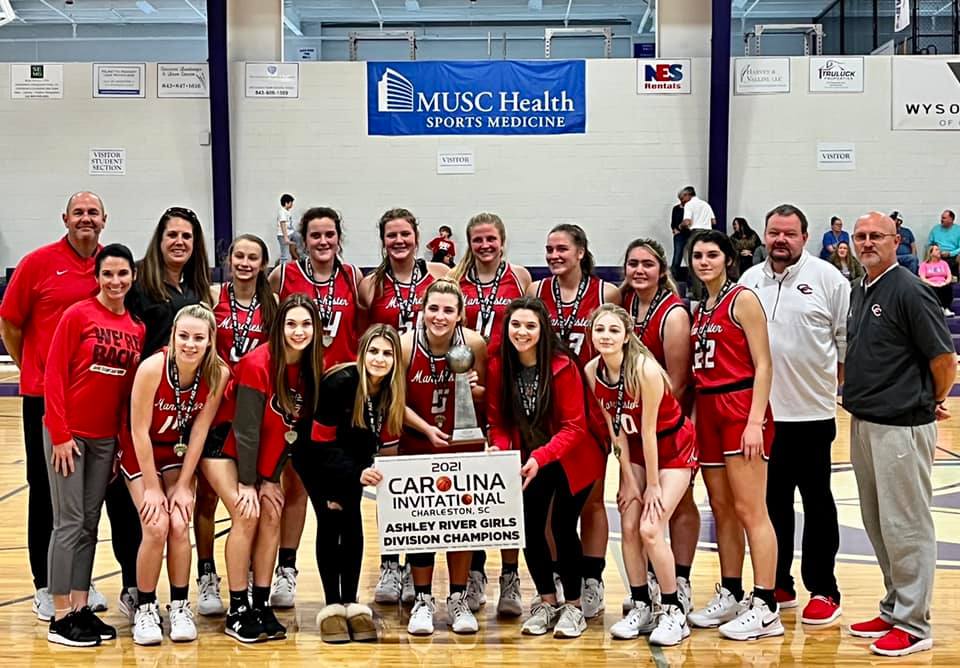 An early tip-off in the championship of the Carolina Invitational Ashley River Division led to an unsurprisingly sluggish offense for the CHS Lady Raiders Thursday morning.

But the defensive effort for the Lady Raiders was awake and well in the 8 a.m. (eastern) game and locked down on Cabell Midland, WV to take a 38-31 win and the tournament championship.

Coffee County struggled to find its offensive identity early – trailing 6-5 after the first quarter and down 16-15 at the half. It was the first time the Lady Raiders trailed after a quarter or at half of the Carolina Invitational.

Post Chloe Gannon scored all 8 of her points in the second half. Kiya Ferrell pitched in 7 points, Elli Chumley 4, Jalie Ruehling and Olivia Vinson 3 apiece and Channah Gannon 2.

The win marks 10 in a row for the Lady Raiders, who improve to 13-3 overall. They will have a few days off before their first district game of the season – Friday, Jan. 7 at Shelbyville. Tip is set for 6 p.m. (boys to follow) and you can hear all the action on Thunder Radio – 107.9 FM, 1320 AM, 106.7 FM, Manchester Go app and thunder1320.com. The Lady Raiders return home on Jan. 11 to host Franklin County – which can also can be heard live on Thunder Radio network.