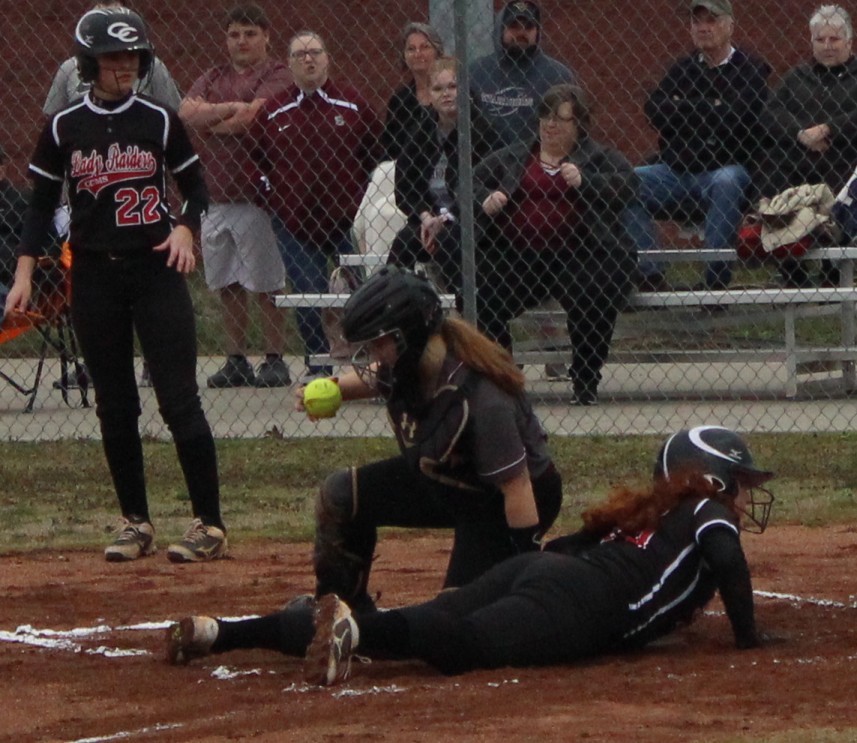 The Coffee County Middle School softball opened the season at home on Wednesday hosting White County.  With wet weather in the early part of the week, the 2 teams agreed to a doubleheader at CCMS.  The Lady Raiders swept the doubleheader in a pair of Mercy Rule games winning the 1st game 15 to 0 before claiming the sweep with a 17 to 0 win in the nightcap.

In the 1st game, heard here on Thunder Radio as part of the People’s Bank and Trust Hometown Sports Series, the Lady Raiders erupted for 8 runs in the 1st inning as they cruised to the big conference win.  Channah Gannon pitched a no-hitter as she struck out 8.  The Lady Raiders banged out 7 hits led by Sammie Cothran and Willow Carden each had a single, a double, 2 RBI and scored twice.  Catelyn Anderson scored 3 times for the Lady Raiders.

In the 2nd game, an 11 run 2nd inning was the big frame for Coffee Middle in the 17 to 0 win.  The Lady Raiders banged out 9 hits while getting the benefit of 6 White County errors.  Catelyn Anderson pitched a 1 hitter and struck out 7 to get the win.  Madison Pruitt had a double and 2 singles while scoring 3 times and driving in 3 runs.  Savannah Cooper had a double, a walk and 4 RBI.  Riley Phillips had a triple and drove in 3 runs.