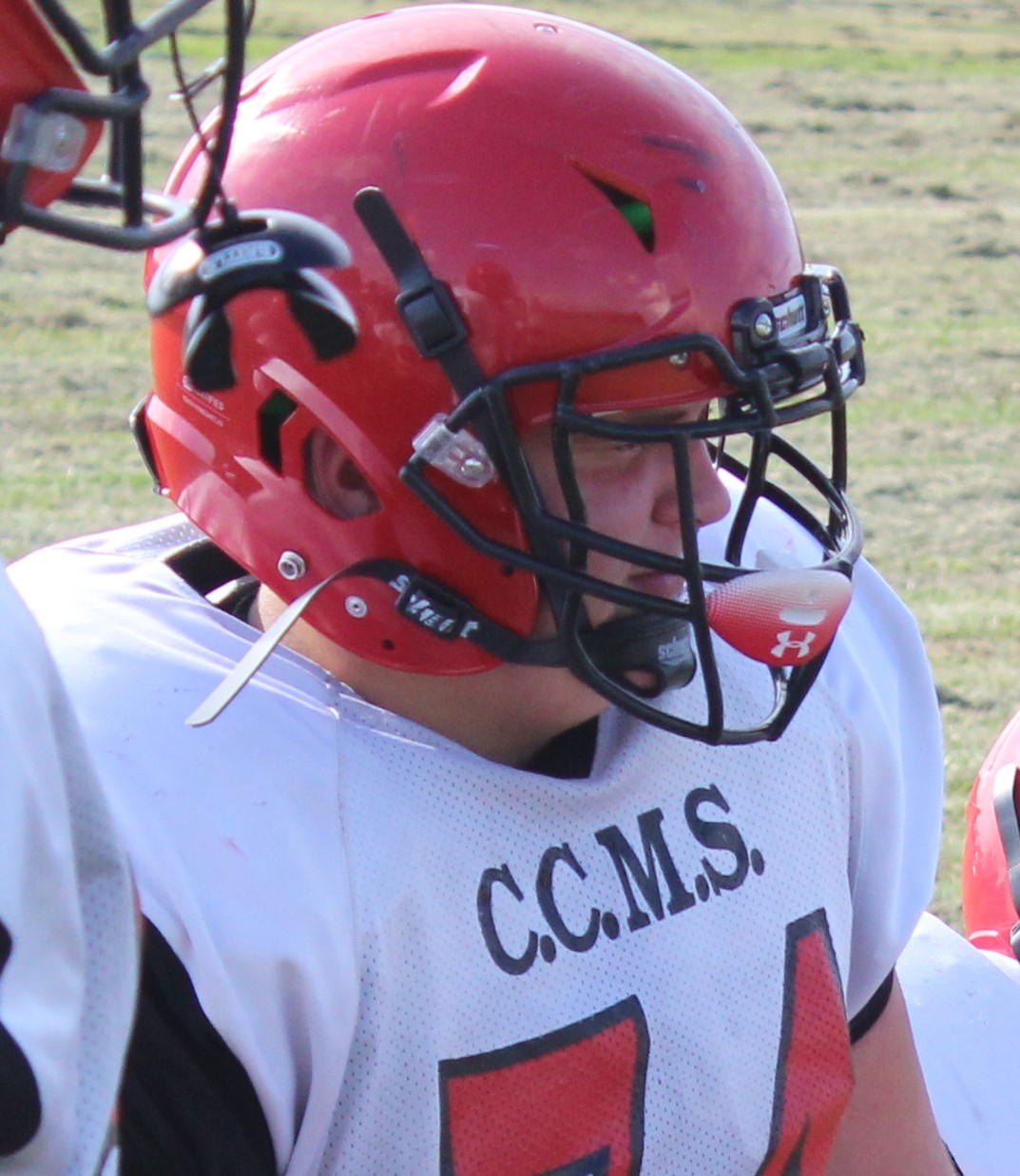 The Coffee County Middle School football team traveled to Sparta on Tuesday night to take on White County.  The Red Raiders put their 4 game winning streak on the line as they needed a win to clinch a berth in the CTC Championship Game.  After falling behind early, the Red Raiders rallied to capture a 14 to 6 win.

White County got on the board first in the 1st quarter when the White County quarterback scrambled in from 12 yards out to put the Warriors on top 6 to 0.  After a failed 2 point attempt, White County carried that lead deep into the 2nd quarter.  Coffee Middle drove the ball to the 1 before a quarterback sneak by Cole Pippenger was stopped as time expired in the half.

In the 3rd quarter, Jackson Shemwell hit Pippenger on a 30 pass completion down to the 1 yard line and Blayne Myers rumbled in for the touchdown on the next play.  After an Ethan Hargrove point after kick, Coffee Middle led 7 to 6.  In the 4th quarter, Myers added an insurance score on a 4 yard run and Hargrove hit his 2nd PAT kick to ice the win.

The win improves the Red Raiders to 5 and 1 in conference play and advances them to the CTC Championship Game on October 5th.  Coffee County will earn a rematch with Tullahoma at Wilkins Stadium in Tullahoma.  Game time has not been determined but Thunder Radio will be on hand to bring you the broadcast of that game as part of the 1st National Bank Hometown Sports Series.