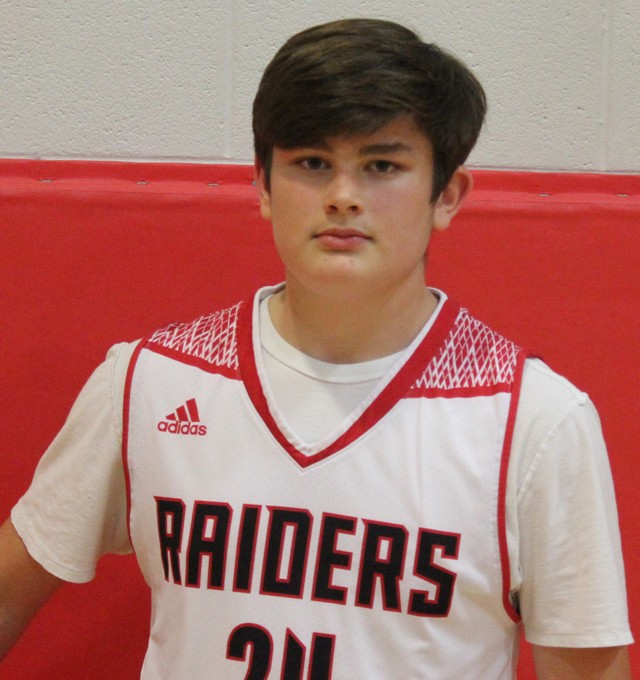 The Coffee County Middle School basketball teams played host to South Franklin on Monday night.  The Lady Raiders throttled the Lady Trojans 40 to 12.  The Red Raiders used a big 3rd quarter to grab a 32 to 22 win.

In the girls’ game, the Lady Raider defense held South to 1 field goal and 1 free throw in the 1st half to take a 20 to 3 lead into the halftime break.  In the 2nd half, Coach George Pearson emptied the bench as they cruised to their 3rd straight conference win.  Olivia Vinson was the leading scorer as she tallied 14 points.  Taylor Anthony added 13 points and Addi Sartain finished with 6 points.

The Red Raiders exploded for 14 points coming out of the halftime break as they stretched a 3 point halftime lead to 14 going into the 4th quarter.  Coffee Middle featured a balanced scoring attack led by Cooper Reed who had 10 points.  Jackson Shemwell and Brendon Sheppard chipped in 7 points each as Coffee Middle won its 2nd straight game.

Coffee County will open up play in the Rockvale Tournament on Tuesday.  Both Raider teams are scheduled to take on Siegel.  The girls’ game is set to tip off at 4 PM with the boys to follow.